Wildlife tour of Gujarat gives you experience to explore the magnificent national parks known for Asiatic Lions, Black Buck and Wild Ass. The tour starts with your arrival in Diu – A coastal town and beach overlooking the Arabian Sea. The next stop is Gir Forest National Park which is one of India’s oldest sanctuaries. Also well-known as Sasan-gir Wildlife Sanctuary, this park can take legitimate pride in saving an endangered species as it is the remaining habitat of the majestic Asiatic Lion. Then drive to Velavadar National Park, situated in the Bhavnagar District also known as Black Buck Sanctuary. It was primarily grassland of the maharaja of the princely state of Bhavnagar. The park is a hidden gem as it covers the highest concentration of this Indian antelope anywhere in the country. From here we proceed to Indian Wild Ass sanctuary located in the Dasada Little Rann of Kutch a geographically unique landscape that was once an arm of the Arabian Sea. As the land separated from the sea by geological forces, it became a vast, featureless plain encrusted with salt that is inundated with water during the rains. This region is home to Asiatic wild ass that is not found elsewhere. The Tour finishing with the stay in Ahmedabad – It is the capital city of the state famous for its Calico Museum of Textiles, displaying antique and modern Indian fabrics

Diu is a coastal town at the eastern end of Diu Island, India. A bridge connects the island to the state of Gujarat. Overlooking the Arabian Sea, Diu Fort, a 16th-century Portuguese citadel, features a lighthouse and cannons. Inland, centuries-old St. Paul’s Church was built in elaborate baroque style. Nearby, whitewashed St. Thomas Church is now home to the Diu Museum, with wooden carvings and religious artifacts.

Overnight Stay at the Hotel in Diu

Overnight stay at the Hotel in Diu

Later depart by Private Vehicle for Sasangir. Upon arrival in Sasangir check in at your pre booked Hotel.

SasanGir is the famous place for Lion sightseeing and is well acknowledged as the only forest reserve in Asia for housing wild Lions. Other animal species include the Sambhar, Spotted Deer, Nilgai and the Chausingha (the world's only four-horned antelope) can also be spotted in the forest. Even crocodiles can be seen in the reservoir and rivers flowing through the sanctuary.

Morning and Afternoon go for Jeep safari in Sasangir National park to explore wild life keeping an eye out for the Asiatic lion. SasanGir is the last remaining national park that has the habitat for Asiatic Lion.

Early morning after breakfast depart for Jungle safari in SasanGir Forest return from the safari and after lunch depart for local sightseeing in Jungle. Visit Devalia park, Water fall and Nalsarovar Lake, where some of the rare species birds which can be easily viewed here include partridges, wood peckers, sand grouse, cuckoos, bush quail, paradise flycatcher, eagles, parrots, and many more.

Breakfast in the Hotel and Check Out
Later depart by Private Vehicle for Velavador on the way you stop at Lothal, once a port city of the Indus Valley Civilization and admire the artifacts in the Museum. Upon arrival in Velavador check in at your pre booked Hotel.

Velavadar Black Buck Sanctuary, the best national park for black buck viewing in India. Spread over 36 sq km, this park which a tapestry of grasslands and scrubby plains reminiscent of the African Savanah. The national park also provides suitable habitat for the endangered Indian wolf, the jackal, the Indian fox, the jungle cat, blue bull antelope and hare to proliferate successfully and attracted large number of birds

Overnight stay at Hotel in Velavador

Morning and Evening safari in the natural park here, a stretch of flat grasslands home to the famous Blackbucks and Nilgais. Whereas the blackbucks are small, fast and compact, the Nilgais are the largest in the antelope family. You will also come across Wolves, hyenas and hundreds of birds populating this stretch. The sanctuary was developed by an erstwhile ruler of Bhavnagar district who must be thanked for his efforts at conservation which has resulted in a protected reserve for the blackbuck, a much-hunted animal, both by humans and animals

Overnight stay at the Hotel in Velavador

Breakfast in the Hotel and Check Out
Later depart by Private Vehicle for Dasada. Upon arrival in Dasada check in at your pre booked Hotel.
Dasada is located on the edge of little Rann of Kutch, which is an extension of the Rann of Kutch onto Saurashtra. Dasada is known for bird watching and only place in India where wild ass can be found. There are several bird watching sites around the area.

Overnight stay at Hotel in Dasada

Little Rann of Kutch in Gujarat, covering an area of 4954 sq.km is one of the most fascinating and unique landscapes in the entire world. Wild Ass sanctuary located in this Rann is the home of Asiatic Wild Ass or khur, one of the most endangered species in the world. It was established as a sanctuary on 12th January 1973. Little Rann of Kutch is the 15th Biosphere Reserve. Due to its strategic location on bird migration route and its connection with the dynamic Gulf of Kutch, this sanctuary also provides an important feeding, breeding and roosting habitat for a large number of birds. Many parts of the Little Rann of Kutch provide ideal breeding grounds for some of the largest flocks of greater and lesser flamingos. The habitat of Little Rann of Kutch varies from saline desert plains, rocky and thorn scrub, arid grasslands, plateaus to lakes and marshes. There are around 74 elevated plateaus or islands locally called as bets in this sanctuary.

Overnight stay at the Hotel in Dasada

Later depart by Private car for Ahmedabad. Upon arrival Ahmedabad check in at your pre booked Hotel

Ahmedabad Located on the banks of the Sabarmati River, Ahmedabad is the former capital of Gujarat, and its delicious food, colourful culture is making it a fast-growing tourist destination. The historic city of Ahmedabad or the old part of the city was declared as the UNESCO World Heritage Site.

Overnight stay at the Hotel in Ahmedabad

Later proceed for city tour of Ahmedabad visiting the Calico Museum – the museum displays a magnificent collection of rare textiles dating back to the 17th century, numerous mosques like Sidi Sayed Mosque it is the last of the major mosques to be built in Ahmedabad under the Mughal rule. The carved jaalis in the windows of the western wall are known worldwide and have become a symbol of the city of Ahmedabad and Jama Masjid built in 1423 during the reign of Ahmedabad’s founder Ahmed Shah I. While all around the mosque lies the hectic frenzy of the center of the old city. The mosque and arcades are built of beautiful yellow sandstone and carved with the intricate detail that mosques of this period are known for. While the two principal minarets flanking the main arched entranceway collapsed in the 1819 earthquake, their lower portions still stand and Gandhi Ashram – was once the house of Mahatma Gandhi and it was from here that Mahatma Gandhi began his famous ‘Dandi March’ in 1930 to protest against the Salt Tax imposed by the British and Hathi Singh Jain Temple.

Overnight Stay at the Hotel in Ahmedabad 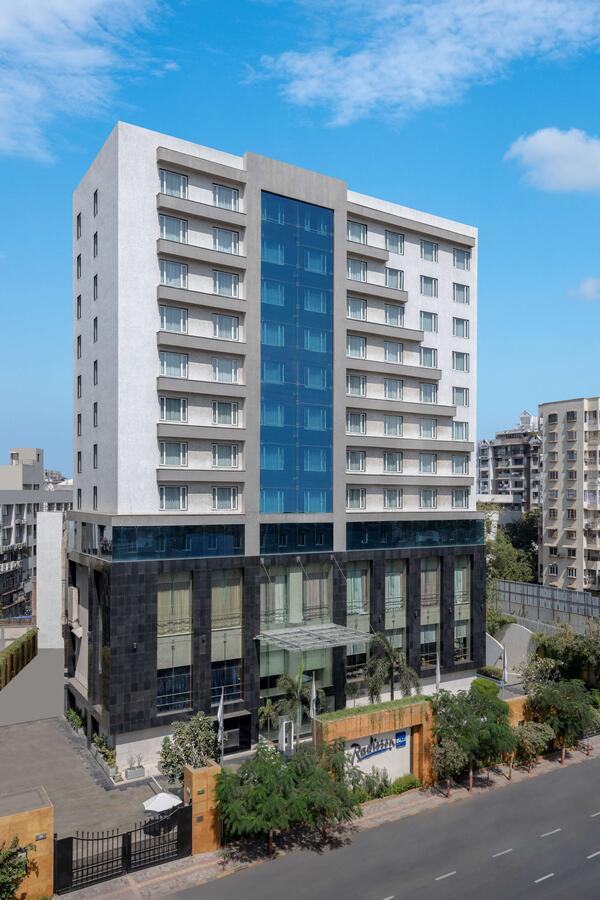 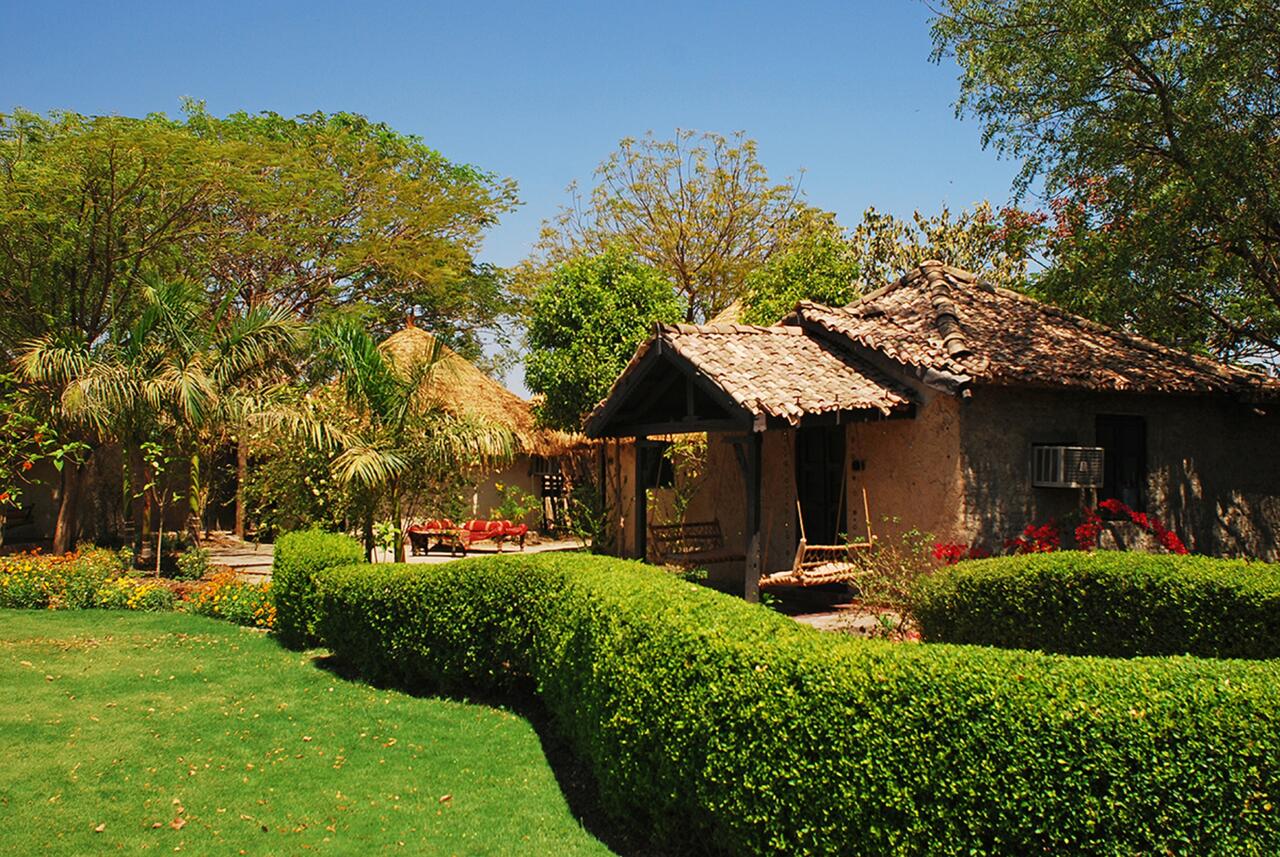 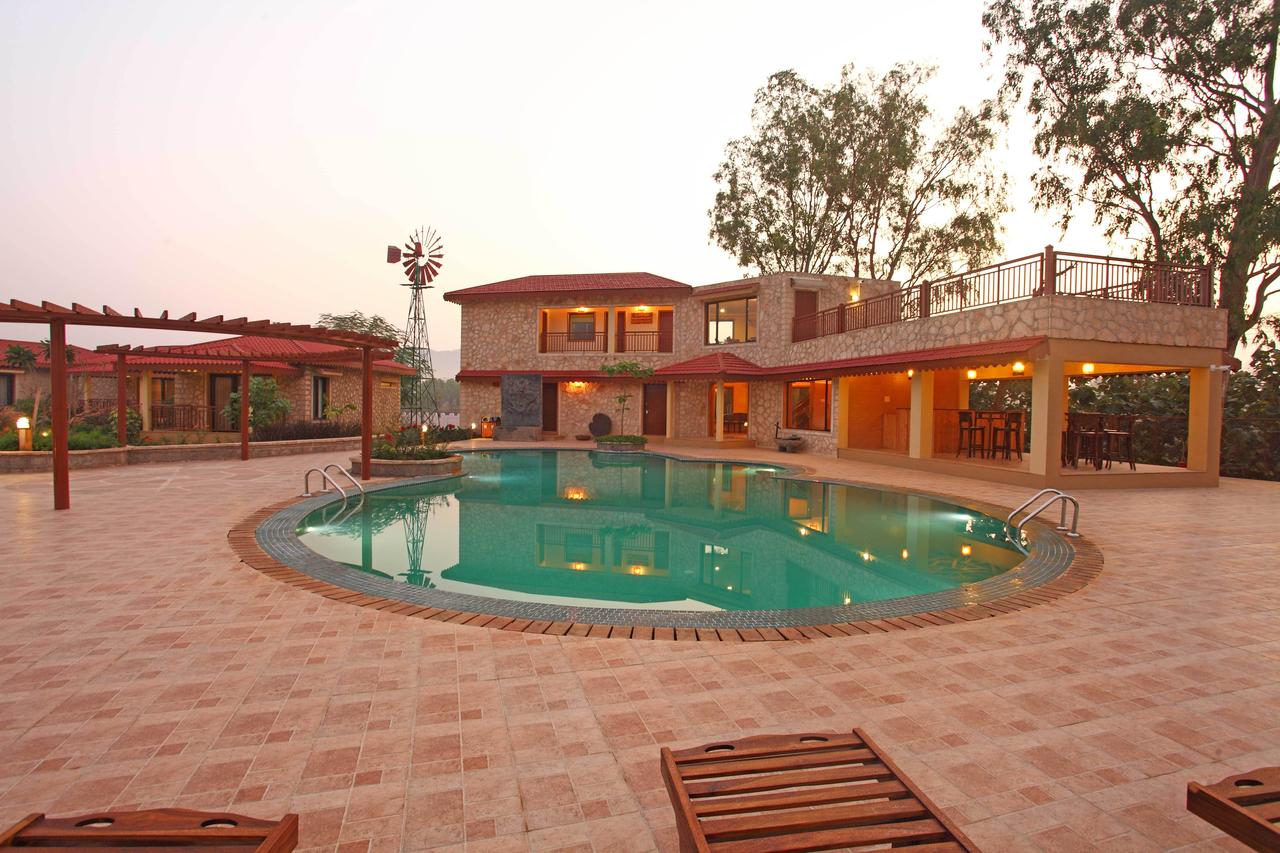 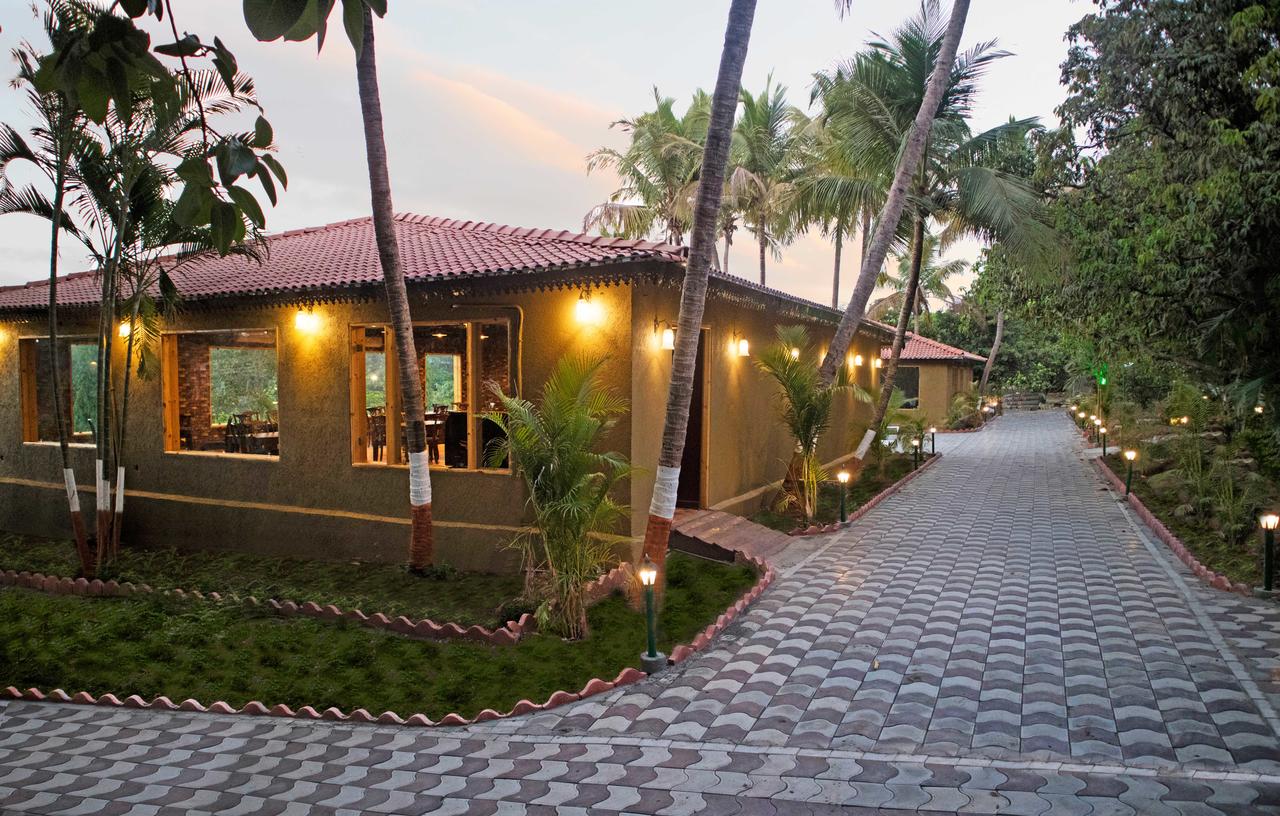 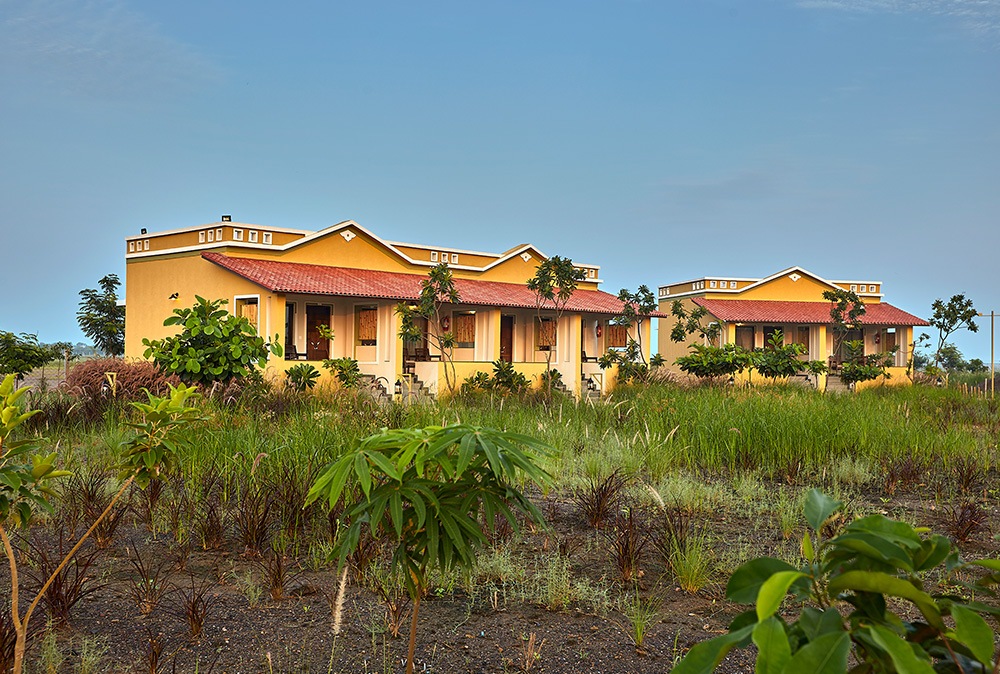