Tropical Sri Lanka is designed to connect you to a journey through the untouched landscapes of Sri Lanka, from serene beaches at Kalpitiya, exotic Wildlife at Wilpattu and all the way to the Yacht Life in Trincomalee. Regardless of whether you are with your partner, close friends or family; unravel your mind, body and soul with exciting activities such as Kite Surfing, Kayaking and Snorkeling. Cover the northern peninsula of Sri Lanka to witness the beautiful sculptures and kovils in Jaffna and end your trip soaking in the exotic view and weather, sipping on a few tropical beverages while sailing in the luxury of a Yacht departing from the golden coasts of Trincomalee.

Upon arrival in Bandaranaike International Airport you are met and greeted by our driver and transferred to Negombo (approximate travel time from Airport to Negombo is 1 ½ Hrs.) You will then check in to your pre-booked Hotel in Negombo and be welcomed by your Local Tour Manager who will brief you on the line up for the next few days.

Negombo’s beach is very wide in places and also the heartland of Christian Sri Lanka, as borne out by the enormous churches and florid wayside catholic shrines scattered about the town and its environs. The Dutch made the town an important commercial center, building a canal, on which spices, particularly cinnamon, which grew profusely in the surrounding areas-were transported from the interior to the coast prior to being shipped abroad.

Overnight Stay at the Hotel in Negombo

Transfer from Negombo to Kalpitiya. Upon arrival check in at Hotel in Kalpitiya and spend rest of the day at leisure on the beach

Kalpitiya is a peninsula set in between the deep lagoon of Puttalam to the east and the magnificent Indian Ocean to the west. It is an unrivalled marine sanctuary with a diversity of habitats ranging from bar reefs, flat coastal plains, saltpans, mangrove swamps, salt marshes and vast sand dune beaches. he 14 islands of Battalangunduwa, Palliyawatta, Vellai I, Vellai II, Vellai III, Uchchamunai, Ippantivu, PeriyaArichchalai, SinnaArichchalai, Eramutivu, SinnaEramutivu, Eramutivu West, Kakativu and Mutwal (Dutch Bay) together make up 1673 hectares of land which belongs to Kalpitiya. The Kalpitiya peninsula is 48 km long and 6-8 km wide while it is studded with fine sandy beaches which make you yearn for a beach holiday.

Overnight Stay at the Hotel in Kalpitiya

Snorkeling at the largest coral reef in Sri Lanka

Bar Reef, the largest coral reef (307 square km) in Sri Lanka, which can be reached by an hour’s boat trip from Kalpitiya, serves as the ideal sea for keen scuba divers and snorkelers. The beautiful reef, exceedingly rich in bio-diversity, is home to an incredible variety of tropical fish as well as offering sightings of manta rays, reef sharks and the occasional sea turtle. Boat rides up to the lagoon and canoe trips down the river are a pleasant way of exploring the coastline, whilst 4WD jeep rides along the deserted sand dunes between the ocean and the lagoon offer a unique way of watching the colourful evening sunsets.

Optional: Kayking in the Lagoon

Overnight Stay at the Hotel in Kalpitiya

Breakfast at hotel and Check out

Transfer from Kalpitiya to Wilpattu. Upon arrival check in to hotel and relax at leisure

Overnight Stay at the Hotel in Wilpattu

Overnight Stay at the Hotel in Wilpattu

Transfer from Wilpattu to Mannar. Upon arrival, Visit the Arippu Dutch Fort

Arippu Fort is a small two bastion fort built by the Portuguese just before the causeway at Arippu. This fort was handed over to the Dutch in 1658 after the fall of Mannar. This fort again changed hands to the British. Mannar Seas have always been an important area for all rulers of Sri Lanka since ancient times due to the abundance of high quality pearls. Fedrick North, the first British Governor then Ceylon, built his official residency at the Beach Front now known as the Doric, and converted this fort to a bungalow for the officers who managed the pearl fisheries in the area.

Thiruketheeswaram is one of the five Sivan temples in the Island. The giant Sivalingam carved out of granite stone which was excavated by archaeologists in Thiruketheeswaram temple area in the fifties is believed to have been buried when the Portuguese destroyed the temple during their invasion of Mannar in the 16th century. The temple which was in ruins was gradually rebuilt to its pristine glory during the British period with Hindu elite from Jaffna playing a major role in the reconstruction.

Transfer from Mannar to Jaffna. Upon arrival, check into hotel and relax at leisure
Overnight Stay at the Hotel in Jaffna

Nallur Kandaswamy Temple lies about 3km from the Jaffna town on the KKS (Kankasanthurai) Road. This is one of the most important temples in the Jaffna Peninsula and the most well-known. The history of the temple dates back to the time of King Parakramabahu VI (1411-1463) of Kotte Kingdom. King Parakramabahu VI had two adopted sons, SapumalKumaraya (prince) and AmbulugalaKumaraya (prince). The king sent prince Sapumal to the north where the South Indian Vijayanagar Empire was trying to attach Jaffna. The prince successfully drove away the invaders killing the king Arya Chakravarthi and brought his wife and children to Kotte. The King Parakramabahu VI appointed the Prince Sapumal as the regional ruler of Jaffna. It was this prince who built the Nallur Kovil for the Hindu people of Jaffna.

The Jaffna Fort, the second largest Dutch Fort in Sri Lanka, is located immediately south of the Jaffna town, with the southern side bounded by the shallow waters of Jaffna lagoon, the inlet of the Indian Ocean that carves out the Jaffna Peninsula. “A true and exact description of the Great Island of Ceylon” (1672) by Dutch pastor PhillipusBaldaeus, who lived in Jaffna for about nine years narrates: “The fort of Jaffnapatan is square surrounded with strong high walls as the print exhibits, it is larger than the fort of Batavia and is the capital of the entire kingdom. It remained under the Portugezen sway for upwards of 40 years, wrested from the Emperor by Philippod’Olivero when he defeated the Cingalezen forces near Achiavelli by the great pagode, where there are still to be seen the ruins and a wonderfully large wide well, deep and round and its center 24 fathoms deep, truly a wonderful work hewn out of a large rock”.

The light house at the coastal village of Point Pedro marks the northernmost point of Sri Lanka. West of Point Pedro is the infamous coastal village of Velvettiturai, which for long decades, had been a stronghold of the petty local smugglers and the landing point of illegal immigrants from South India. Until about three decades ago the illegal immigrants called “Kallathoni” from the state of Tamilnadu of India, found Velvettiturai, a convenient shore. 5km south of the lighthouse, at the northern end of the Manalkadu Desert is the village of Vallipuram, which unearthed the famous ancient Vallipuram gold foil of inscriptions. Vallipuram, once a principal city of Jaffna peninsula is home to the second largest Hindu Kovil in the country. The shrine is one of the very few in Sri Lanka dedicated to God Vishnu.

Overnight Stay at the Hotel in Jaffna

Proceed to Nilaveli. Upon arrival, check into hotel.

Visit Koneswaram Temple
Thirukoneswaram, or the Holy Koneswaram Temple, is a Hindu temple in Thirukonamalai (Trincomalee) on the east coast of Sri Lanka. The temple lies on a high rocky promontory surrounded on three sides by the sea. It bears a history of over three millennia with its records indicating its roots in 1580 BC. This, still beautiful, historical monument is what remains of what once was a sprawling temple city equal to the ancient city of Madurai, India

Relax at leisure on the Beach

The East coast of the island emerging as an up and coming beach tourist destination, offers endless pristine beaches, beautiful coves surrounded by lush vegetation and fascinating marine life, including whales and dolphins and an array of tropical fish and colorfulreefs. The East Coast Cruise departs from Trincomalee and returns to Trincomalee. The morning trip takes off from Trincomalee. The sail offers an unforgettable adventure off the seas of Trinco where you can sail, snorkel, swim, stand-up paddle, and soak up the sun and sea. The morning session is a relaxed one, offering a chance to take the helm and learn how to sail. Stop-over in a nice cove for a swim, far from the crowded beaches or have a go at the stand-up paddle board. The afternoon session offers a more thrilling experience with no pollution, engine sounds and zero traffic to endure and only the sound of the sails and the rush of the water as you speed across the sea.

Relax at leisure enjoying the coastal warmth and sandy beaches

Transfer to Sigiriya. Upon arrival check in to Hotel in Sigiriya

Plunge into the journey of a lifetime. Experience a hot air balloon ride through breathtaking Sri Lankan countryside. When the climb continues unnoticed, you will find yourself between infinite horizons of rough mountains and lush greenery with only the burners to interrupt the calm. Witness the balloon lowered steadily until it's just inches from the evergreen trees. When scooping up leaves or reaching the tops of the branches, observe a bird or an animal awakening at daybreak. With utmost serenity and calm, let yourself enjoy the surrounding. The climate in Dambulla – Kandalama is exceptional for flying balloons, due to its extremely calm and predictable nature. The height at which you fly will vary from tree top level – where you enjoy contour flying at low level to several thousand feet up: the perfect vantage points to observe the majesty of Dambulla – Kandalama area.

Overnight Stay at the Hotel in Sigiriya

Fly above the central lands on a hot air balloon

Plunge into the journey of a lifetime. Experience a hot air balloon ride through breathtaking Sri Lankan countryside. When the climb continues unnoticed, you will find yourself between infinite horizons of rough mountains and lush greenery with only the burners to interrupt the calm. Witness the balloon lowered steadily until it's just inches from the evergreen trees. When scooping up leaves or reaching the tops of the branches, observe a bird or an animal awakening at daybreak. With utmost serenity and calm, let yourself enjoy the surrounding. The climate in Dambulla – Kandalama is exceptional for flying balloons, due to its extremely calm and predictable nature. The height at which you fly will vary from tree top level – where you enjoy contour flying at low level to several thousand feet up: the perfect vantage points to observe the majesty of Dambulla – Kandalama area. 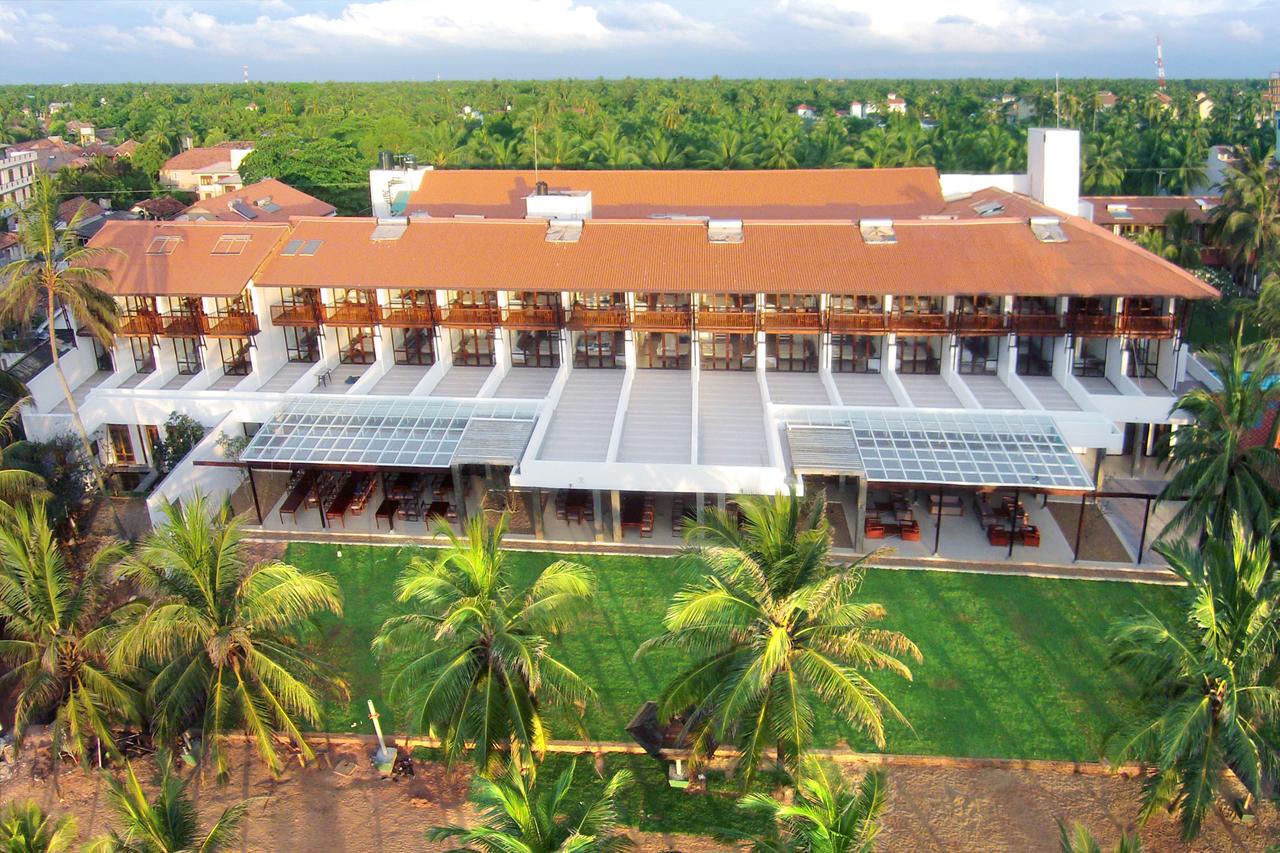 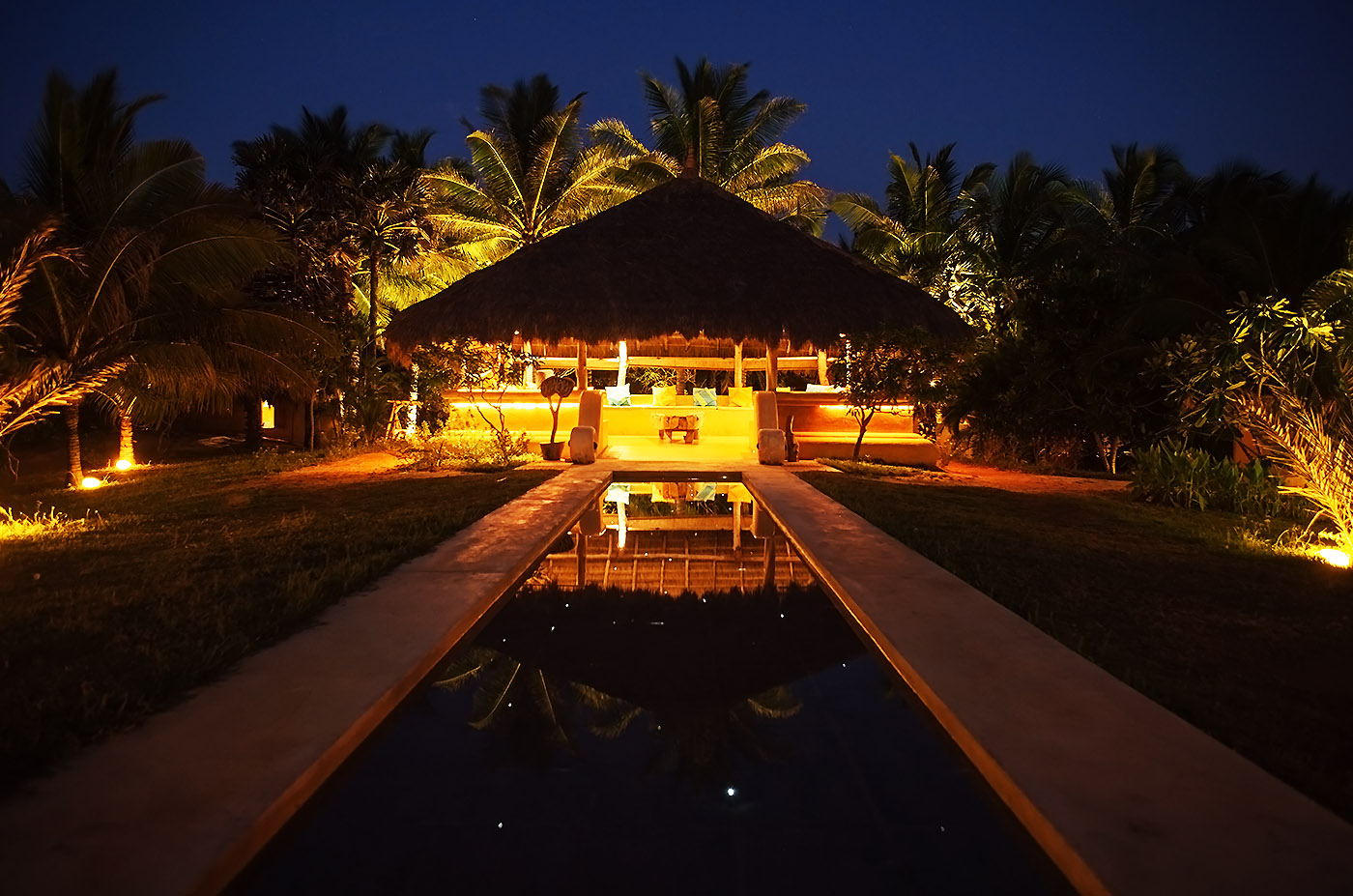 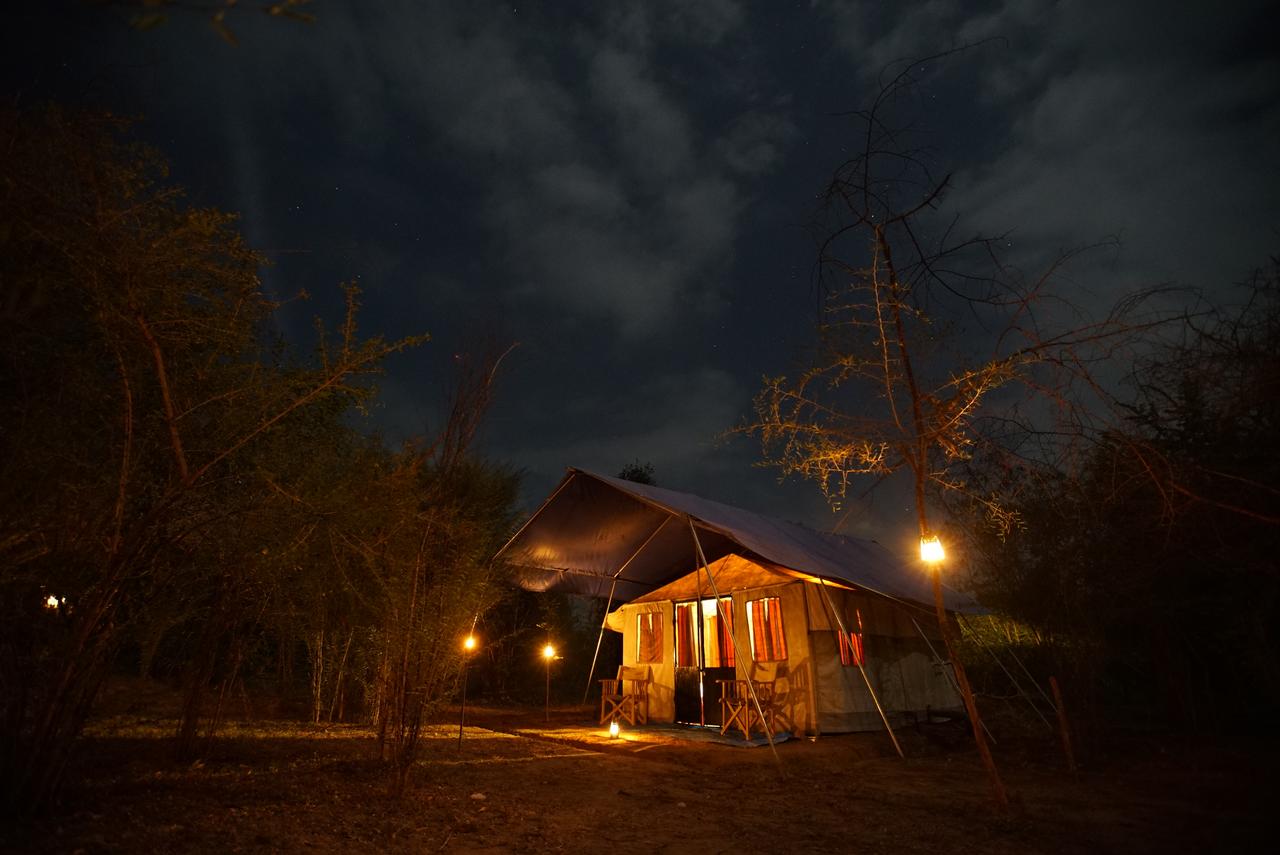 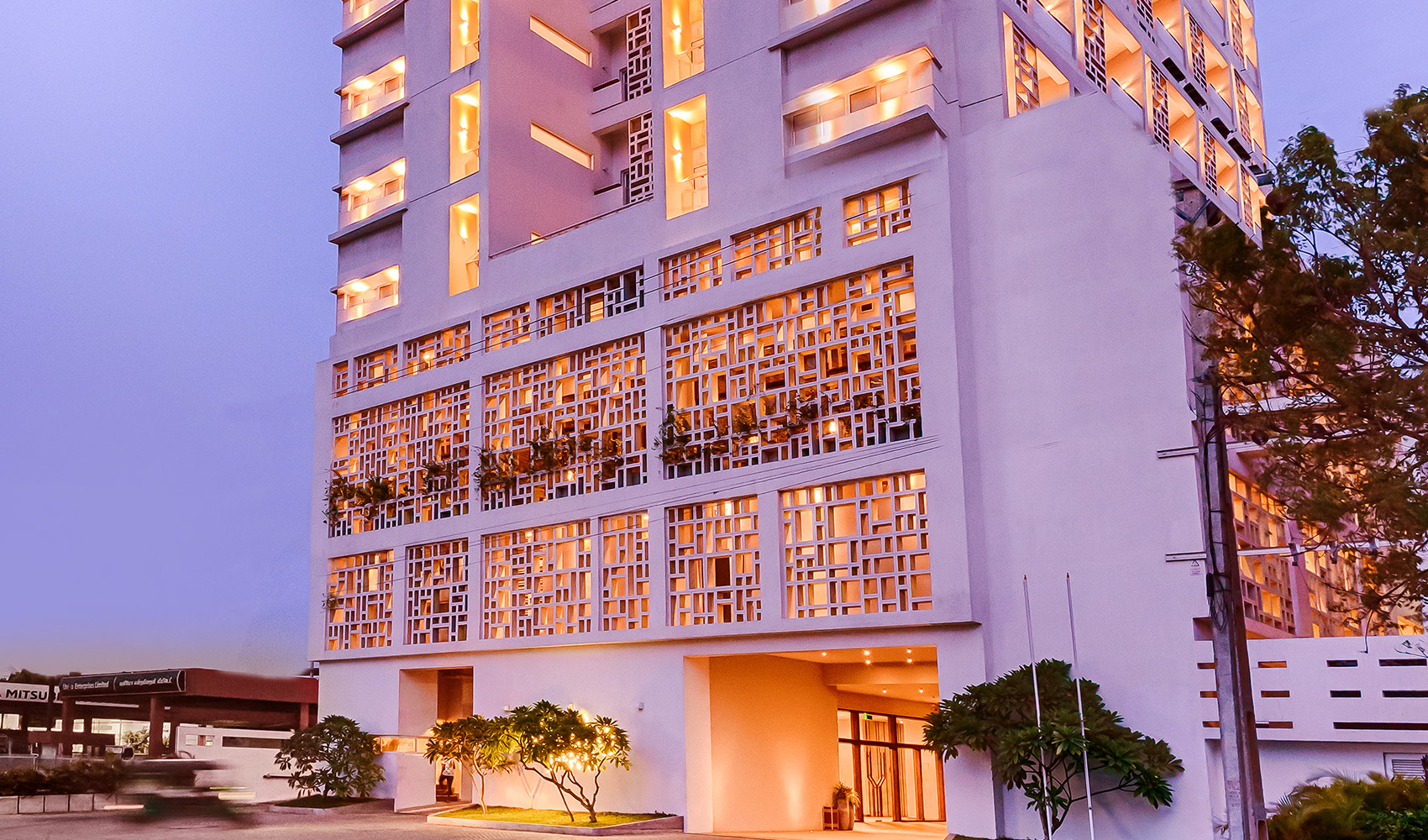 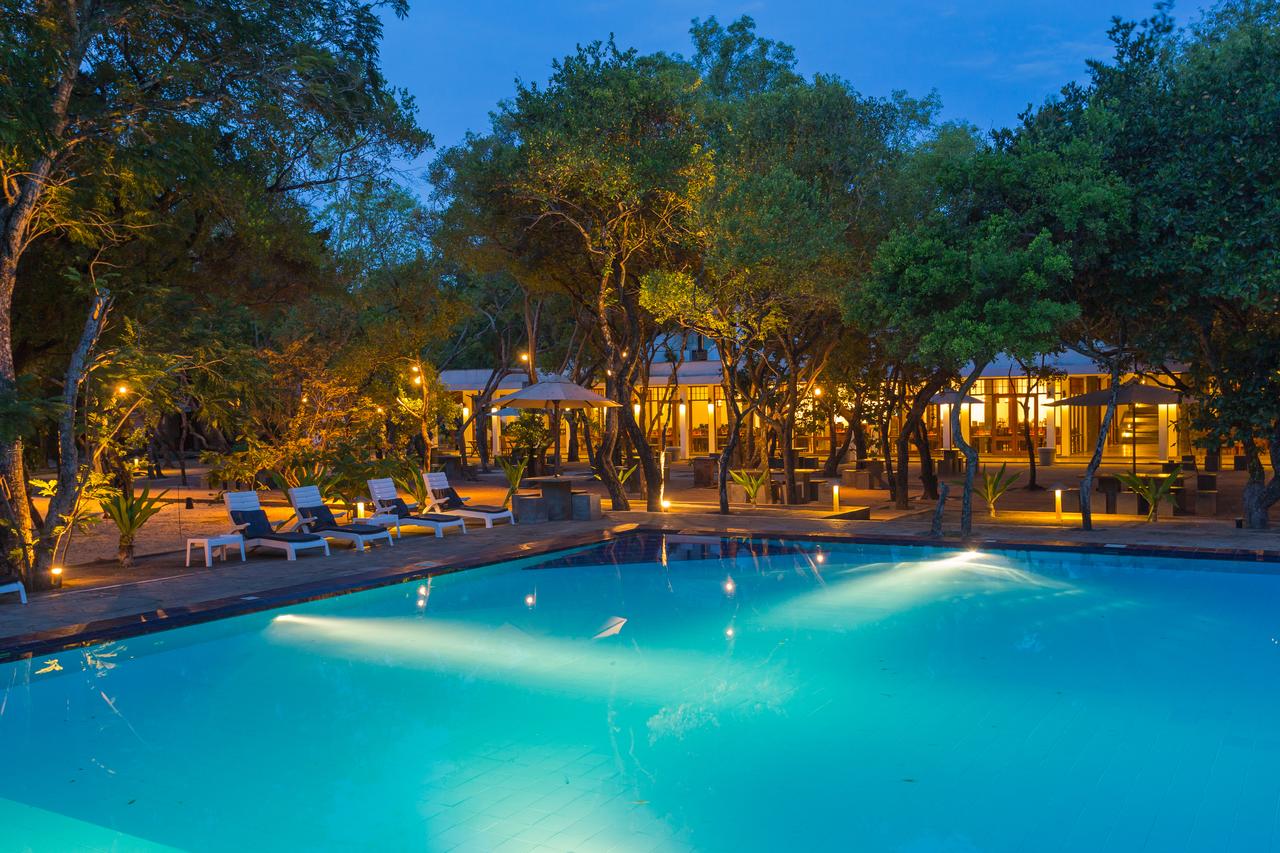 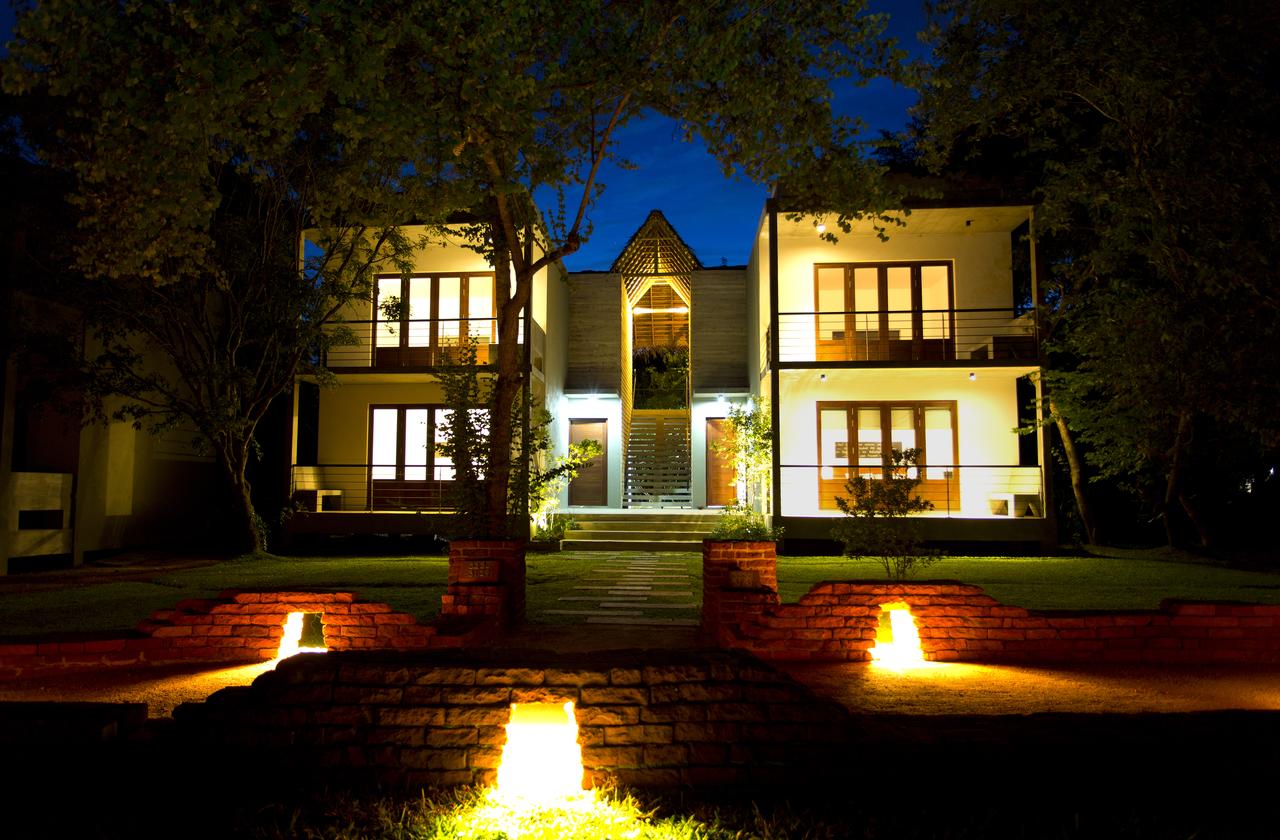