Nature and Adventure Trails of Sri Lanka – For all the nature lovers, whether young or aged, you’re bound to love this journey full of trails and scenic routes. This tour will provide you with the real essence of exploration in Sri Lanka, including thrilling experiences such as white water rafting in Kitulgala, waterfall bathing, and camping at locations in Haputale, Hatton and Belihuloya. You’ll travel through the country’s most scenic tea trails in Haputale and Hatton, attaching visits to the gushing waterfalls that look like the skies on a crisp winter’s morning. This peaceful and refreshing nature tour becomes even more openhearted with the visit to a Sri Lankan Village where you shall experience the hospitality offered by the local Sri Lankan community and engage in village related activities with them.

Upon arrival in Bandaranaike International Airport you are met and greeted by our driver and transferred to Negombo (approximate travel time from Airport to Negombo is 45 mins.) You will then transfer to your pre-booked Hotel in Kitulgala and be welcomed by your Local Tour Manager who will brief you on the line up for the next few days.

Transfer from Negombo to Kitulgala via Pinnawala (2 ½ hours approx.)

Pinnawala Elephant Orphanage is situated northwest of the town of Kegalle, halfway between the present capital Colombo and the ancient royal residence Kandy. It was established in 1975 by the Sri Lanka Wildlife Department in a 25-acre coconut property adjoining the Maha Oya River. The orphanage was originally founded in order to afford care and protection to the many orphaned Elephants found in the jungles of Sri Lanka.In 1978 the orphanage was taken over by the National Zoological Gardens from the Department of Wildlife. A captive breeding program was launched in 1982. Since the inception of the program over 20 elephants have been bred here. The aim of the orphanage is to simulate a natural habitat to these elephants. However, there are some exceptions: the elephants are taken to the river twice a day for a bath, and all the babies less than three years of age are still bottle fed by the mahouts and volunteers. The orphanage which boasts to have the largest herd of captive elephants in the world is very popular and visited daily by many Sri Lankan and foreign tourists. The main attraction is clearly to observe the elephants bathing which is quite a spectacle. Our people in Sri Lanka will make way for you to experience an enchanting adventure and to observe the majesty of these tuskers.

Proceed towards Kitulgala and check in at hotel

Overnight stay at the Hotel in Kitulgala

White Water Rafting is a challenging recreational activity and an exhilarating water sport. Yet contrary to the public belief, White Water Rafting is not a sport that demands great physical strength. An average level of physical fitness and a strong spirit would do. The town of Kitulgala is situated on a particularly delightful stretch of the Kelani River where the rapids over the rock-strewn river bed are exhilarating. The high banks of the river are sheltered by tall bamboo trees.
A calm stretch in the River Kelani between two rocky outcrops on either side is the movie location where the railway bridge for the movie was constructed. The water flows silently in this stretch of the river, which is quite deep and sluggish. The boulder strewn stretch of the Kelani River at Kitulgala offers an ideal setting for White Water Rafting. White Water Rafting at Kitulgala gives the chance to enjoy the stunning tropical scenery of the region. This adrenaline filled adventure sport is suitable for first time rafters and experts alike.

Overnight stay at the Hotel in Kitulgala

Breakfast at hotel and Check out

Transfer from Kitulgala to Hatton.Upon arrival, check in to hotel and relax at leisure

Overnight stay at the Hotel in Hatton

The Castlereagh Reservoir is one of Sri Lanka’s best kept secrets; located in the valley and surrounded by high green hills, the reservoir is perhaps the most idyllic location in the hill country. The reservoir looks like something straight out of a fairy tale: from a distance, the cool waters have an aquamarine tinge to it-which looks much more beautiful when framed by green mountains-but the near you are, the deeper the water is practically crystal clear. The flora around the reservoir varies from alpine trees to well-groomed tea bushes.

With a unique appearance imparted to it by its creation in three continuous cascades, this waterfall called "Devon Falls" flows down to the valley not a long distance away from its partner, the "St." Clairs.' There is a new tea center on the main road opposite it, which seeks its abode thanks to the "Veil (Bridal) of the Vale (i.e. valley)." Guests will visit the tea center to sample the true essence of Ceylon Tea.

Overnight stay at the Hotel in Hatton

Nuwara Eliya meaning "city on the plain or "city of light" is a town in the central highlands of Sri Lanka. It is one of the major tea producing areas in the world. The tallest mountain in Sri Lanka "Pidurutalagala" oversees this beautiful city. It is the most visited hill country.Nuwara Eliya is said to have been founded by a couple of British officers who apparently got lost while elephant hunting. The British Governor Sir Edward Barnes was notified about the town and he himself decided to reside at Nuwara Eliya and subsequently creating a health resort that was internationally renowned. The town was later the ultimate destination for English pastimes such as golf, fox hunting, polo, etc. Nuwara Eliya also has an archeological importance as well in which pre-historic human remains are found. The city has a good reflection of the colonial period while new hotels are furnished according to the colonial era.Sri Lanka produces a significant share of the world's best tea and in the meantime is also one of the world's largest exporters of tea. Since the introduction of tea to Sri Lanka in mid 19the century Nuwara Eliya has been the capital of the tea industry. Trekking and hiking expeditions usually evolve around these land marks.

Check in at hotel and relax at leisure

Overnight stay at the Hotel in Nuwara Eliya

Visit to Lake Gregory (optional)
Follow the ancient British era tradition of relaxing picnics on the shore of the lake, or more modern leisure activities such as rides in swan shaped paddle boats, normal boat rides, pony rides along the shore, water walking balls, watersports such as jet skis, windsurfing and etc. As such with these many attractions Gregory Lake is a family friendly historic location of Sri Lanka, attracting many holiday makers who visit the country.

Overnight stay at the Hotel in Nuwara Eliya

Breakfast at Hotel and check out

Haputale is a fine base for exploration of the area surrounding it: hills and valleys; tea estates and factories; Horton Plains National Park. "Lipton's seat", a vantage location in the hills, Tea factory at Dambatenne and Tudor style Adisham bungalow built on the lines of Leeds Castle in Kent are the highlights at Haputale.

The point of Lipton’s Seat is reached by climbing for around 7km surrounded by peaceful green tea plantations and an occasional colorful tea plucker. There are two routes available; one from the Nayabedda estate in Bandarawela, and the second through the Dambatenna estate in Haputale. Both routes have entrances marked with sign boards and narrow paved roads. Some parts of the road even have some of the original stone constructions from the British era of Ceylon, and hence are worth seeing from a historical point of view.

Overnight stay at the Hotel in Haputale

Horton Plains, the highest plateau in the country. It is one of the very important National parks in Sri Lanka especially for its topographical variations. It has unique vegetation and is famous for many rare and endemic highland birds. The most enchanting physical feature of the Horton Plains is the escarpment that falls 880 meters to the lowlands of the southern region of the island. Aptly known as the ‘World’s End’ the view from the precipice of the countryside below towards the south coast is spectacular. Dawn or early morning is the best time for observing it.

Overnight stay at the Hotel in Haputale

Breakfast at hotel and check out

Transfer to Belihuloya. Upon arrival in Belihuloya check in at your pre booked Hotel

Thewaterfall gushed in mists of white spray as it tumbled off rugged rocks and dropped like an immaculate veil to flow gracefully into the surrounding jungles. Belihuloya, a charming hillside village situated in the Ratnapura District, approximately 160 kilometers from Colombo is nature’s marvel, a miracle of creation blessed with an abundance of waterfalls, streams, nature, cycling trails and numerous opportunities for bird watching and camping. Apart from providing an unforgettable experience, Belihuloya will soothe the mind and body in its tranquil surroundings.

Overnight stay at the Hotel in Belihuloya

Transfer to Colombo for a City Tour

Commencing with a visit to the Fort and the Pettah commercial hub with offices and shopping areas located amidst oldest colonial hotel GOH. It has a fantastic view of the Colombo harbor, lighthouse with clock tower (older than Big Ben in London) close to the president’s house and old parliament. Afterwards, proceed through the main street passing the old Dutch Museum, belfry and Old City Hall which houses puppets of earlier governors of Sri Lanka.
You will find shops and restaurants facing Sri Lanka’s twin tower buildings. Continue to the old race course with a maze of buildings with colonial architecture, restaurants and shopping arcade passing through Colombo City Hall (mini replica of the White House in Washington, DC).Drive past the Town Hall, Independence Square, the B.M.I.C.H (International Convention Centre) and Cinnamon Gardens residential area and visit a Buddhist temple and a Hindu Kovil to experience the diversity of religion, ethnicity and customs of the people.

Overnight stay at the Hotel in Colombo

Breakfast at Hotel and Check Out 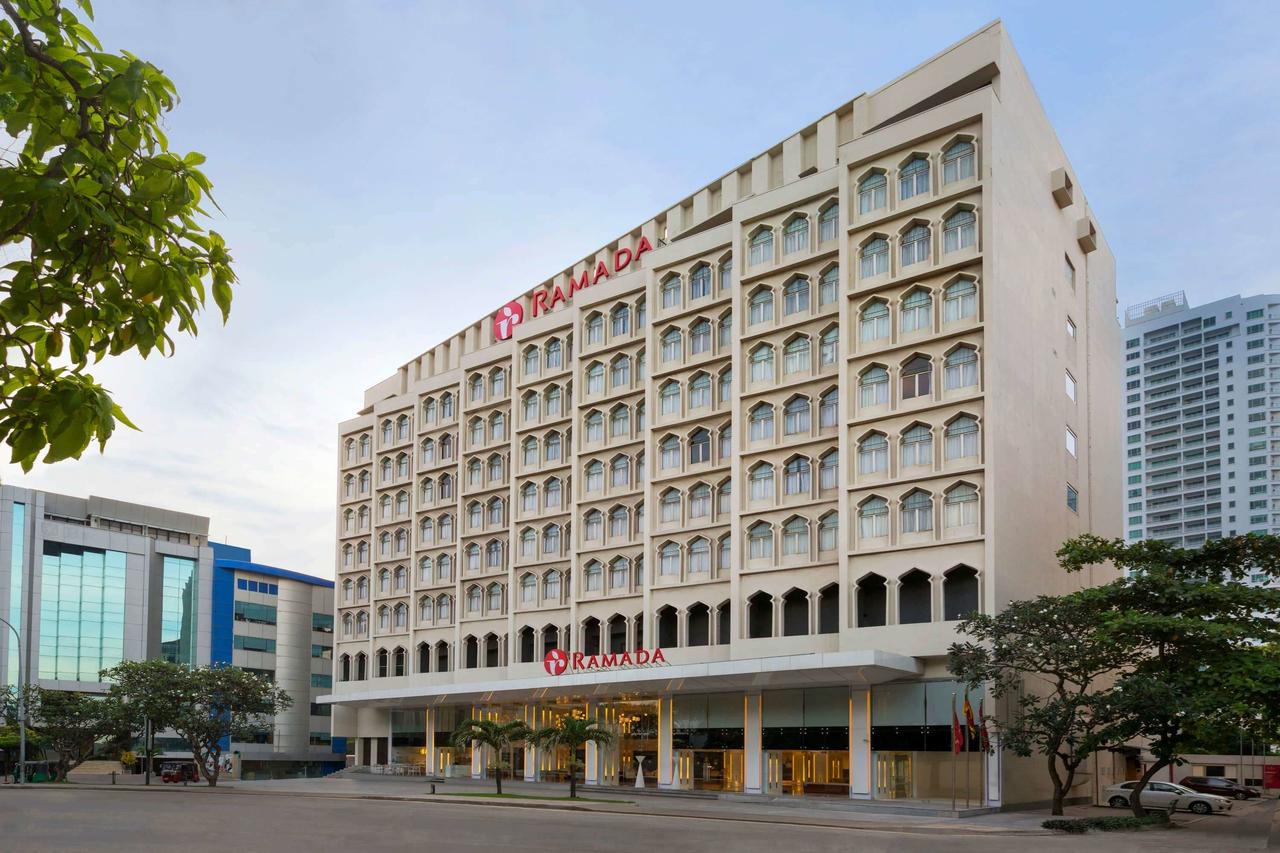 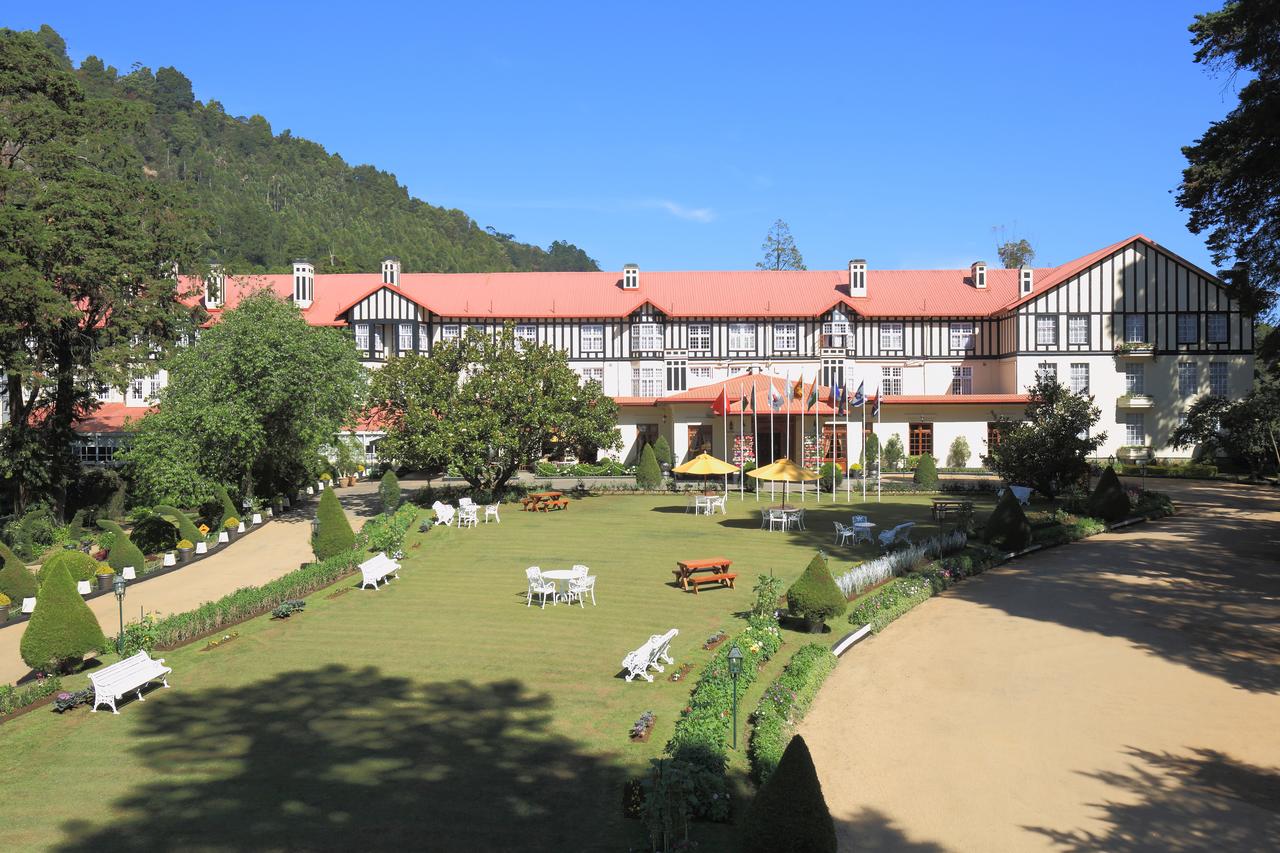 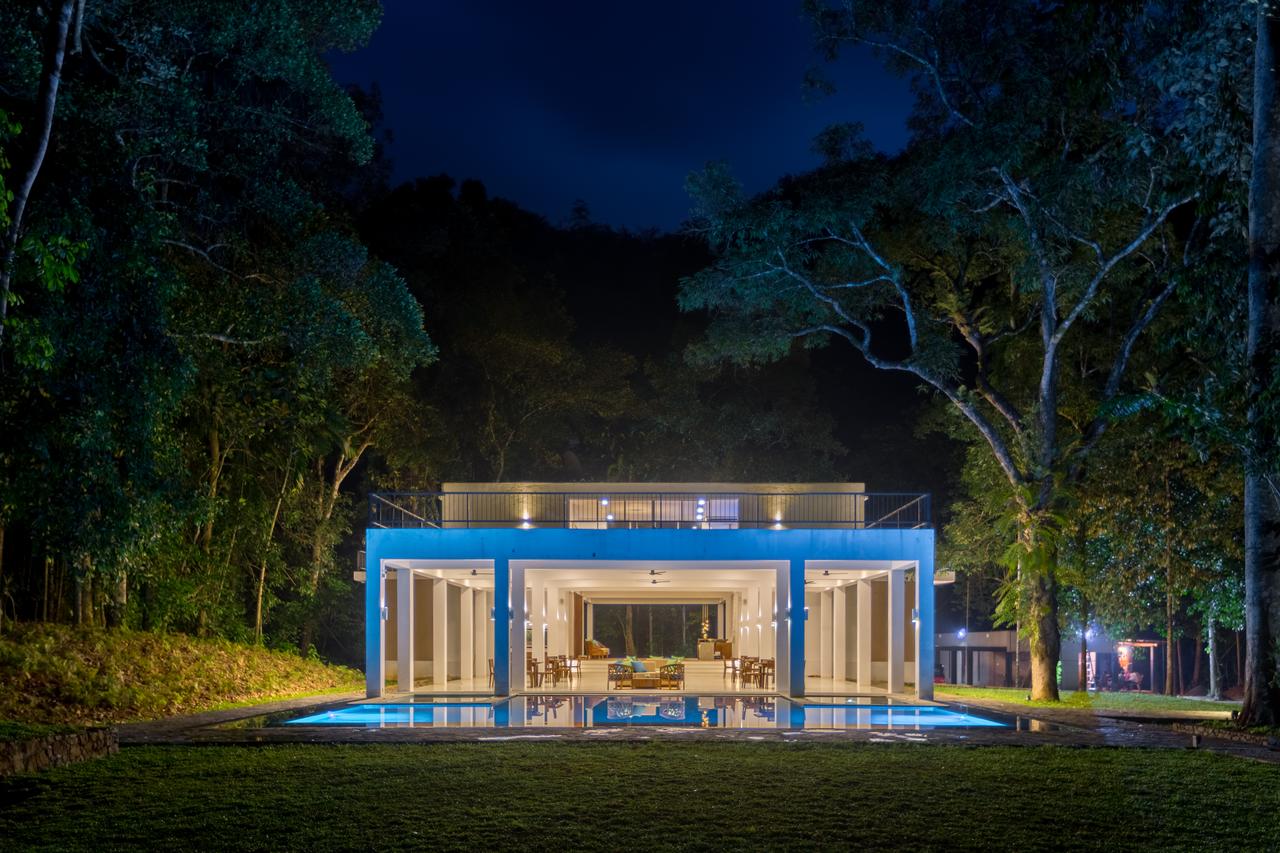 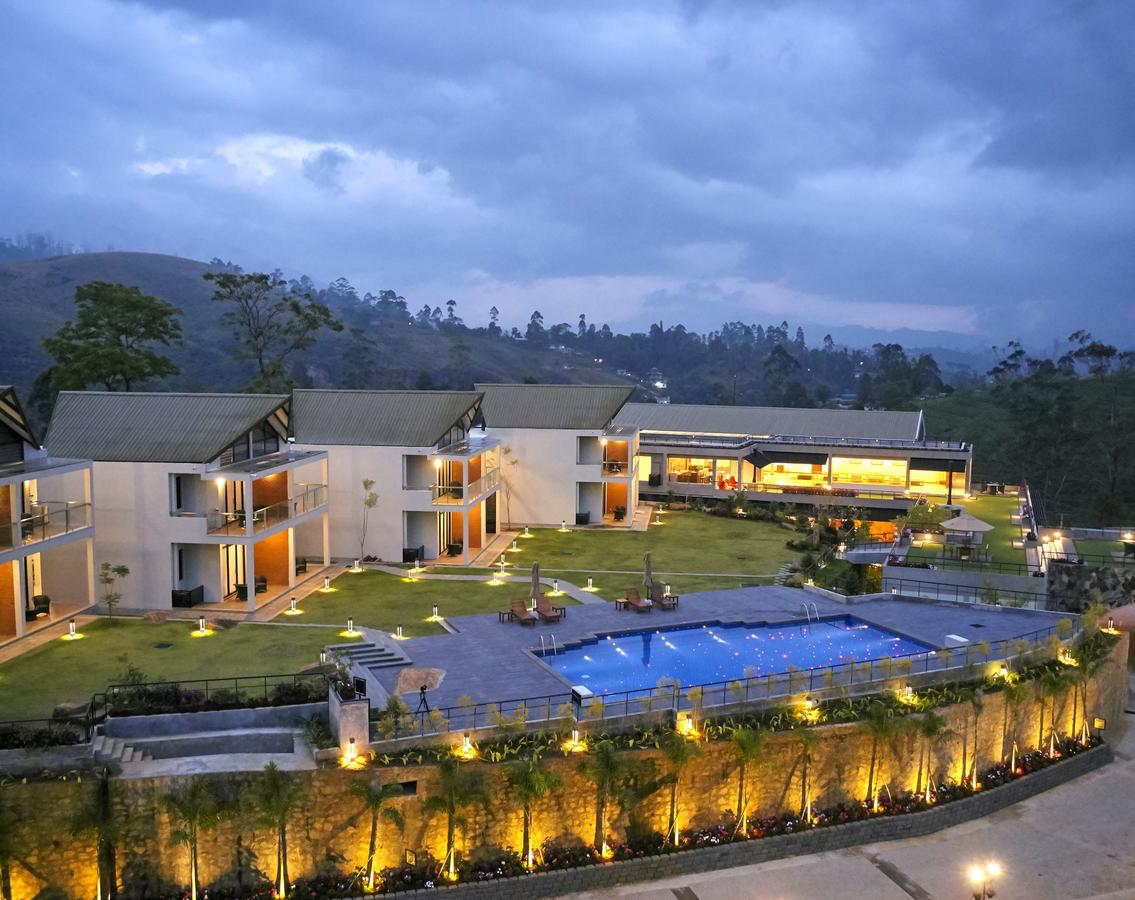 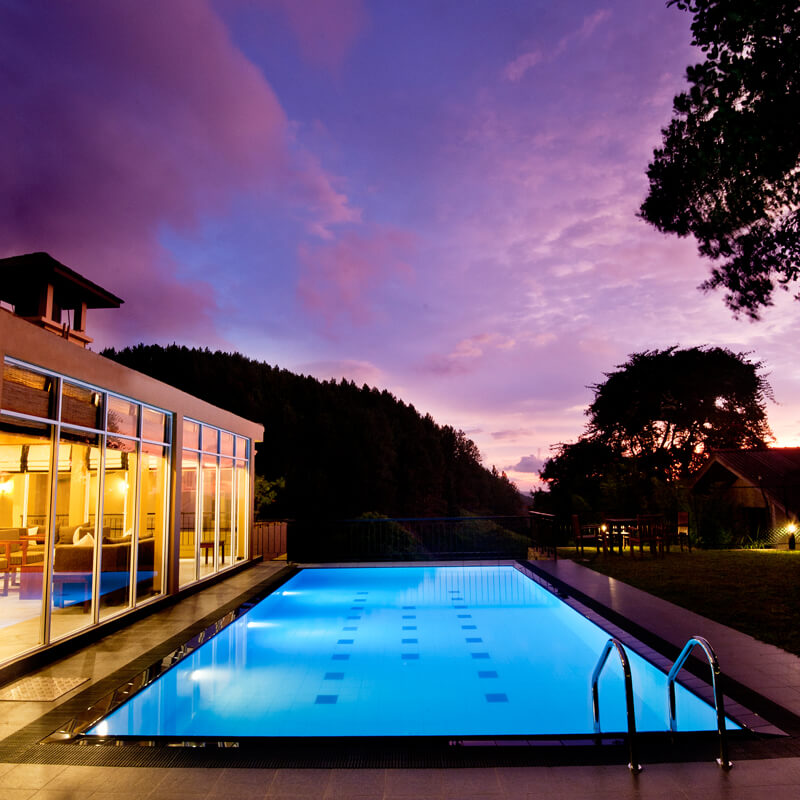 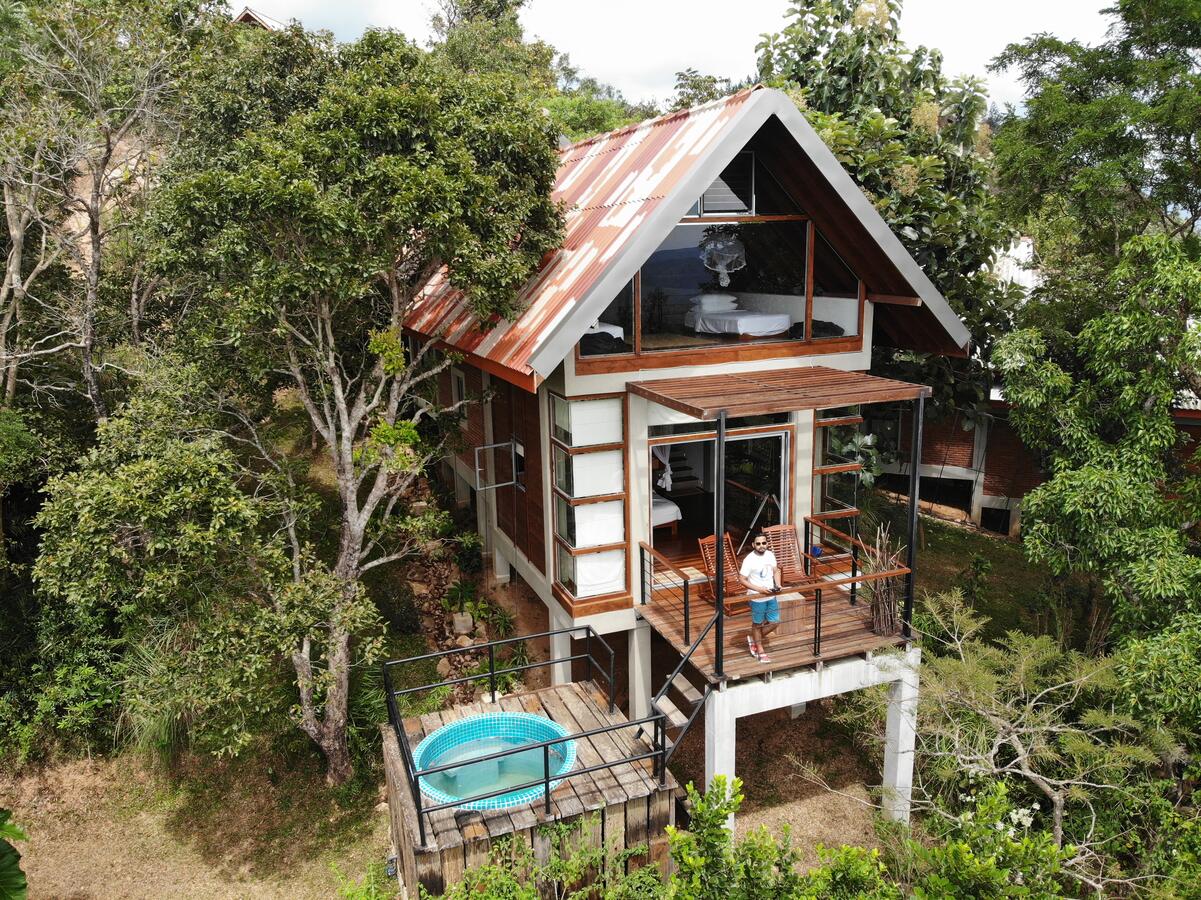