Mandalay and Beyond starts from Myanmar’s last Kingdom Mandalay and ends at Yangon. You will see Myanmar’s once famous city used by British Governors as summer resort “Maymyo” (PyinOo Lwin) and venture out to “Hsipaw” over historic Stealth Bridge. Visit “Mandalay” and drive over the bridge of Ayeyarwaddy to “Monywa” to see difference of cave culture , typical local town “Pakoku” and to “Bagan”. Visit red brick temples in green nature and if you wish, take a Balloon ride over Bagan temples. Final stop and visit “Yangon”, a vibrant city with lots of culture aspects and history background.

Upon arrival in Mandalay Airport you are met and drive to PyinOo Lwin (approx. 1½ hrs drive).

Pyin-Oo-Lwin (once Maymyo) was named in the colonial era after Colonel May, a British officer in the Bengal Infantry who was stationed at this hill station in 1887 in order to suppress a rebellion which flared after annexation of Upper Myanmar to India. PyinOo Lwin is a popular hill station of the British during colonial days in Myanmar. PyinOo Lwin impresses with its many churches, colonial buildings with gables, turrets and chimneys etc. It will be a worthwhile to visit botanical garden of 432 acres "laid out by Sir Harcourt Butler, former Governor of Burma" to study a conservation of diverse botanical species around the world. Visit enchanting Maymyo market with their multicolor flowers and vegetables.

Overnight Stay at the Hotel in PyinOo Lwin

Breakfast in the Hotel Later check-out and transfer to Nyaung Cho train station. Around 10:30am, take the train bound to Hsipaw via GoikHtaik Viaduct Train ride in this route can be very much entertainment as it stops every small station where people load and unload their farm products. Above all crossing through world famous Gokteik viaduct will get you a thrilled experience. The historic Gokteik viaduct, built in 1900 The unusual railway viaduct was built by Pennsylvania Steel Co over the deep Gokteik gorge over 100 years ago, it was the second-highest railway bridge in the world however was considered the greatest railway viaduct in the world at the time. Gokteik was the only American-built span of the British Raj. Alight from train at Naung Pain station and drive to Hsipaw (approx. 1 hour drive). Arrive Hsipaw around 2 pm. Hsipaw was an important town of Shan Sawbwas‘ ( Shan Chieftain) who ruled Northern Shan State . Visit around the town and old Saw Bwa house ( if open at your time of visit ) and Sunset from Sunset hill. Overnight Stay at the Hotel in Hsipaw

Breakfast in the Hotel Later you will be met by local guide. Walk to the Jetty on the bank of the Dok-Hta-waddy River and take a boat up the river. Enjoy beautiful scenery full of mountains, valleys, orchard plantations along the river for about an hour. Leave the boat and walk up hill for 30 mins to see a Shan Monastery believed to be 150 years old. On the way, you will see plantations of pineapple, papaya, and orange which are widely grown in this area. (Shan Noodle light lunch will be served) in one of the villages. Return to the boat and continue your journey to the confluence of two rivers where swimming is possible. Enjoy the view, take a dip in the cool water and return to Hsipaw. On the way, visit to those Shan villages with typical houses, small charming garden, and railway connecting Lashio and Mandalay. An alternative, boat trips can be arranged to the opposite direction to the confluence of the river. Afternoon leisure on your own to explore small town Overnight Stay at the Hotel in Hsipaw

Breakfast in the Hotel and Check Out Later drive back to Manalay (approx. 126 miles 4½ hours.) and check-in hotel in Mandalay. This afternoon continue your tour of Mandalay with a visit to Kuthodaw Pagoda, whose 729 marble stone slabs of Buddhist scriptures have earned it the title ‘World’s Biggest Book’. Continue to Shwenandaw Monastery, the only remaining building from the 19th century Royal Palace. This grand teak building is known for its exquisite woodcarving. Head to the top of Mandalay Hill as the sun begins to set to enjoy magnificent views of the city and Irrawaddy River. Overnight Stay at the Hotel in Mandalay

This morning proceed to Mayan Chan jetty and board on a local fishermen boat for Mingun across Ayeyarwady River. Observe the world’s largest ringing bell casted by Bodawpaya in 1080 weighing 55555 viss which calculated equal to 90 tons and MingunPahtodawgyi, an enormous pile of bricks is all that remain of King Bodawpaya ambition to make it the world’s largest Buddhist stupa. After a visit of beautiful MyaThein Tan Pagoda return to Mandalay. Breakfast at the Hotel Later visit Phayagyi to observe the most revered Mahamuni Image brought by Kind Bodawpaya in 1784 from Rakhine. The 4 meter seated Image was believed to have been casted in 1st century AD but over the year of offering gold leaf offering the figure is 15 cm thicket by gold. After a visit to stone carving, bronze casting and silk weaving process Continue visit to Ancient Capital of Ava. Ava is located on an island which can be reached by local ferry, crossing the Myitnge River. Pass through the ancient city walls by horse cart and see the remains of the ancient city: the brick and stucco monastery “MahaAungmyeBonzan“, the renovated Nanmyin Watch Tower and the impressive wooden monastery of BagayaKyaung constructed with 267 teak pillars. Enjoy fantastic sunset view from the 200 year old U Bein teak bridge span across Thaungthaman Lake at the time when Amarapura was Royal capital. Return to Mandalay. Overnight Stay at the Hotel in Mandalay

Breakfast in the Hotel and Check Out Later drive to ancient capital of Amapura “meaning city of immortality”. Visit Mahagandayon Monastery, home to several hundred of Buddhist novices and monks and observe the afternoon prayer time. Later proceed to Sagaing, covered with 600 white-painted pagodas and monasteries, Sagaing hill is widely regarded as the religious centre of Myanmar and is home of 6000 monks and nun, 100 meditation centers. On your way visit traditional bronze casting, silver smith works which Sagaing is famous for. Sagaing become the capital of independence of Shan around 1315 after fall of Bagan. Visit Tilawkaguru cave temple filled with impressive mural painting date back from 1672, UminThounzeh cave temple with multitude of seated Buddha statues and KaungHmu Daw Pagoda. Continue drive to Monywa and enroute visit to Moe-Hyin Than-Boddae; Mt. Meru-type structure with 845 small stupas that surround and rise up to the richly decorated central stupa. Inside the attached pahto, votive Buddhas of bone and other materials decorate every wall and archway halfway to the ceiling and there are larger sitting and standing Buddha in niches decorated every wall and archway halfway to the ceiling, World Biggest Standing Budda Statue ( 167m ), Reclining Buddha ( 90m) and sunset at Bodhi-Tahaung (a grove of Banyan trees each with a Buddha at its foot. Check-in Hotel In the evening, Stroll around Shwe Si-Khone Pagoda and take a walk at interesting local evening market of Monywa. Overnight Stay at the Hotel in Monywa

Depart hotel around 06:30 hrs and cross over Monywa bridge to Western bank. Visit Po Win Taung and Shwe Ba Taung Pagoda cave complex about 16 miles (26km) west of Monywa. This complex of 492 cave temples are packed with 2588 Buddha’s and there are beautiful 16th century wall paintings in some caves. After sightseeing drive to Pakokku, if time permits visit the 200 yr old Pakhangyi wooden monastery.Pakhangyi monastery is a well known building which was constructed by King Mindon in 1886. The monastery was built in the shape of a royal residence attached with four large halls namely the Shrine hall, the Sanu hall, the main hall and the Bawga hall. The magnificent monastery is a wooden building with 254 huge wooden pillars. It is now in ruining condition and repair works are being made at some halls. Visit the town before taking a boat journey on the Ayeyarwaddy River to Bagan. This downriver trip takes about 3hours (depending on river condition, it might take longer). You will arrive Bagan after sunset. On arrival in Bagan transfer to Hotel Overnight Stay at the Hotel in Bagan

Breakfast at the Hotel Bagan on the eastern banks of Ayeyarwaddy is home to the largest area of Buddhist temples, pagodas and stupas many dating to 11th and 12th centuries. Today visit around by Bagan’s traditional transport “Horsecarts“from Nyaung U market, Shwezigone Pagoda, built by King Anawrahta but not completed until the reign of Kyansitthar. Kyansitthar U min, long dimly lit corridors decorated with frescoes (with torch lights), Htilominlo Temple, 150 ft high temple with fine plaster carvings, glazed sandstone decorations in the base, Payaagone and Taungbi villages. Afternoon visit Ananda Temple; the most beautiful temple with 4 standing Buddhas in four cardinal points, history or lord Buddha and outside of the temple is decorated with Terra-Cotta worriers in green glaze plaques . Visit Lacquerware home industry and stroll around the village of Myinkaba, visit Manuha Temple; the temple of captive king of Tha-ton, and Pyattadagyi Temple for panoramic view of the city. Overnight Stay at the Hotel in Bagan

Optional: This morning, riding Balloon over Bagan. Between 05:30 and 06:00 in the morning the bus from Balloon Flight Operator will pick you up from your hotel and send to the launch site. The exact time will be given to you the evening before for your Balloon flight. The Balloon flight will be 45 min to 1 hrs depend on the wind. You will be sending back to your hotel around 08:30 hrs after light breakfast. Breakfast at the Hotel Later the guide will pick you up from your hotel. Drive to Salay, a small town on the eastern bank of the Ayeyarwaddy River. It is also a birthplace of a famous playwright and poet of the 18th century, U Ponnya. Salé has a beautiful old teak monastery simply known as Yoke SoneKyaung or “Decorated” monastery that is carved all over with scenes from Jataka, Buddha’s life stories. This monastery is a treasure trove of excellent craftsman ship. Visit the famous Shin Bin SarKyo temple where delegation from the court of Bagan welcome The Three Canons of Buddhist Texts on the return of King Anawratha after conquering Thaton. The interesting aspect of this small temple is that contain mural painting of 3 periods. Another interesting place is a Lacquered Buddha statue, which was drifted along the River sometimes 1890 A.D. and was taken to the temple. Return to Bagan in the afternoon. Overnight Stay at the Hotel in Bagan

Breakfast in the Hotel and Check Out Later you are transferred to Bagan Airport to board flight for Yangon. Upon arrival in Yangon Airport you are met and transferred to your pre booked Hotel In the afternoon visit Chaukhtatgyi Reclining Image, then we make a short stop at the Royal Lake where we can admire the view of the Karaweik Hall overlooking this scenic lake. Enjoy time at Shwedagon Pagoda, famous world wide - its golden stupa is the 'heart' of Buddhist Myanmar. The Pagoda is believed to be 2,500 years old and the central stupa in surrounded by dozens of intricately decorated buildings and statues. There are always many Myanmar people praying and making offerings at Shwedagon, and it's a fascinating place to spend time watching the world go by. Overnight Stay at the Hotel in Yangon

Price valid till 30th April 2023 & based in Standard Hotels. 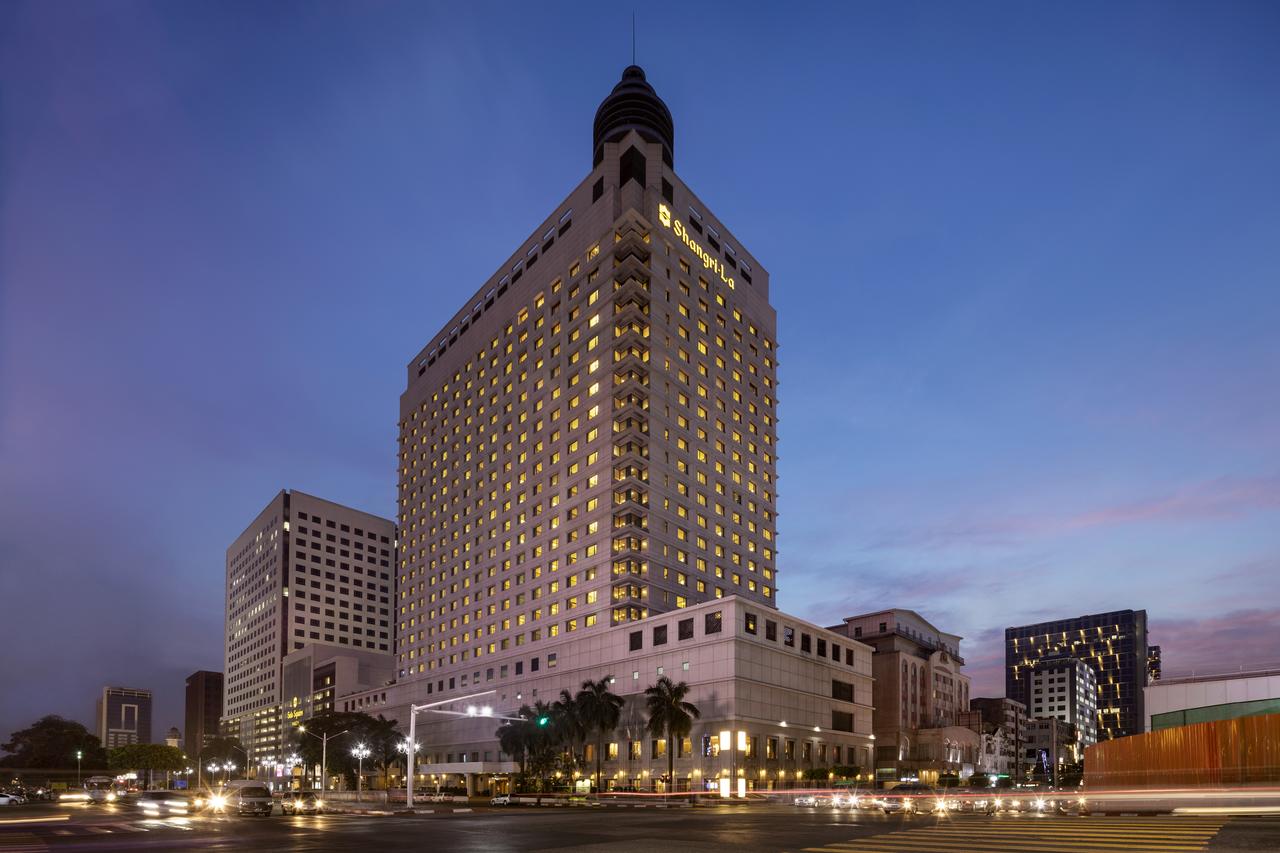 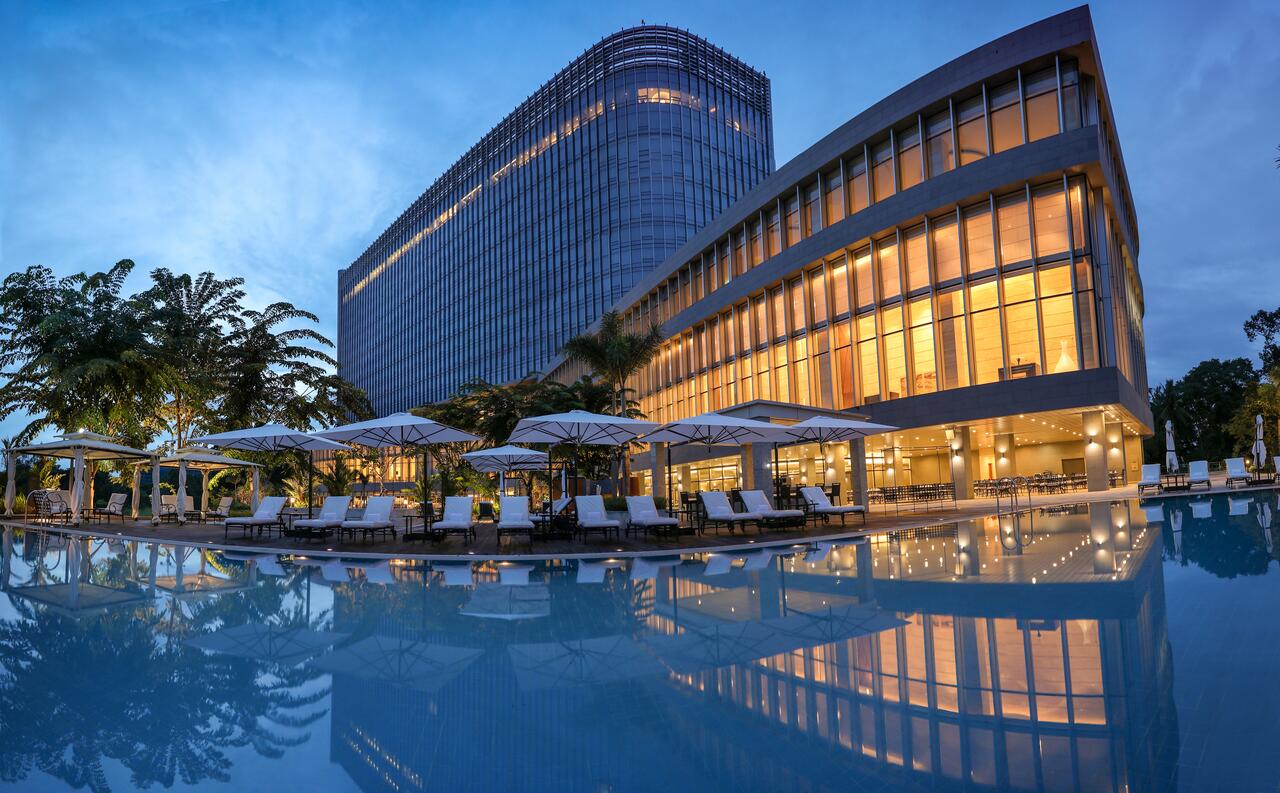 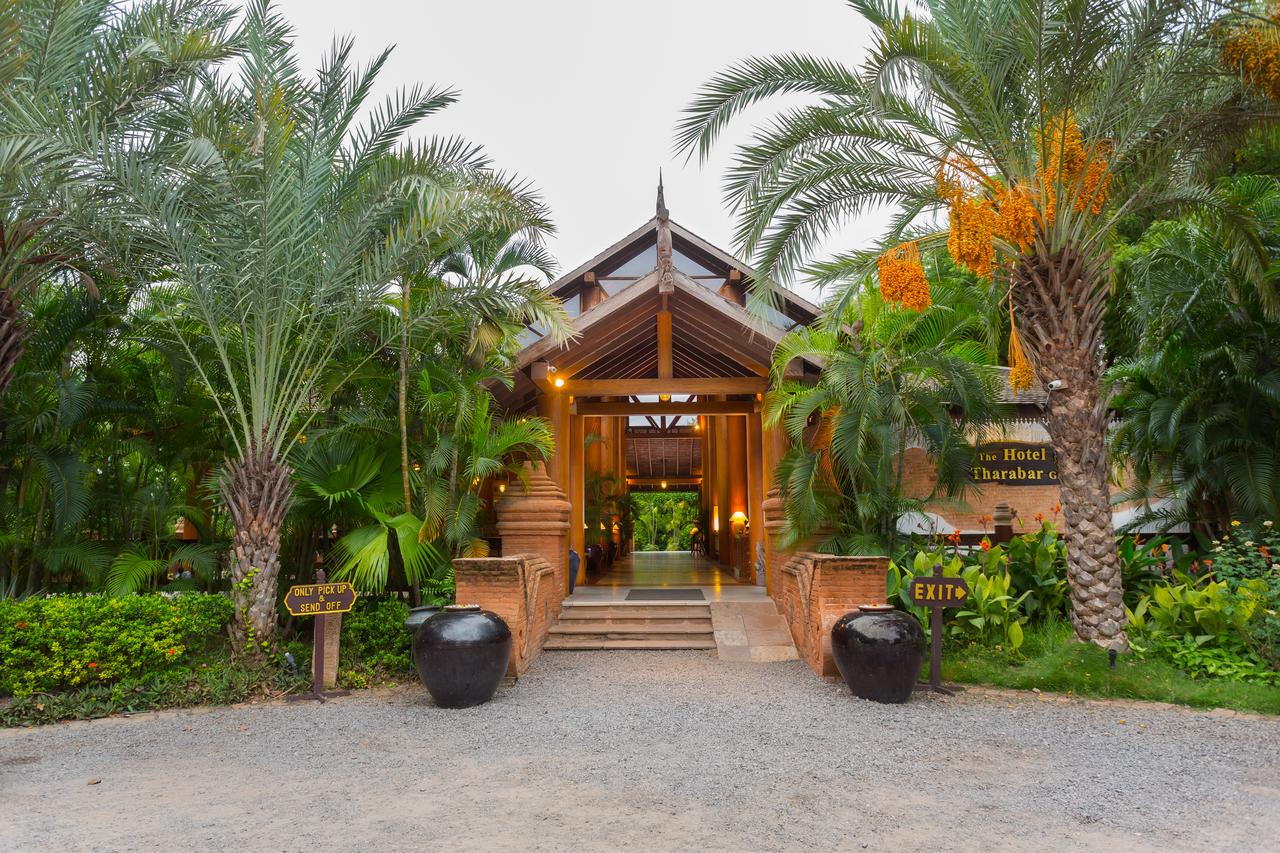 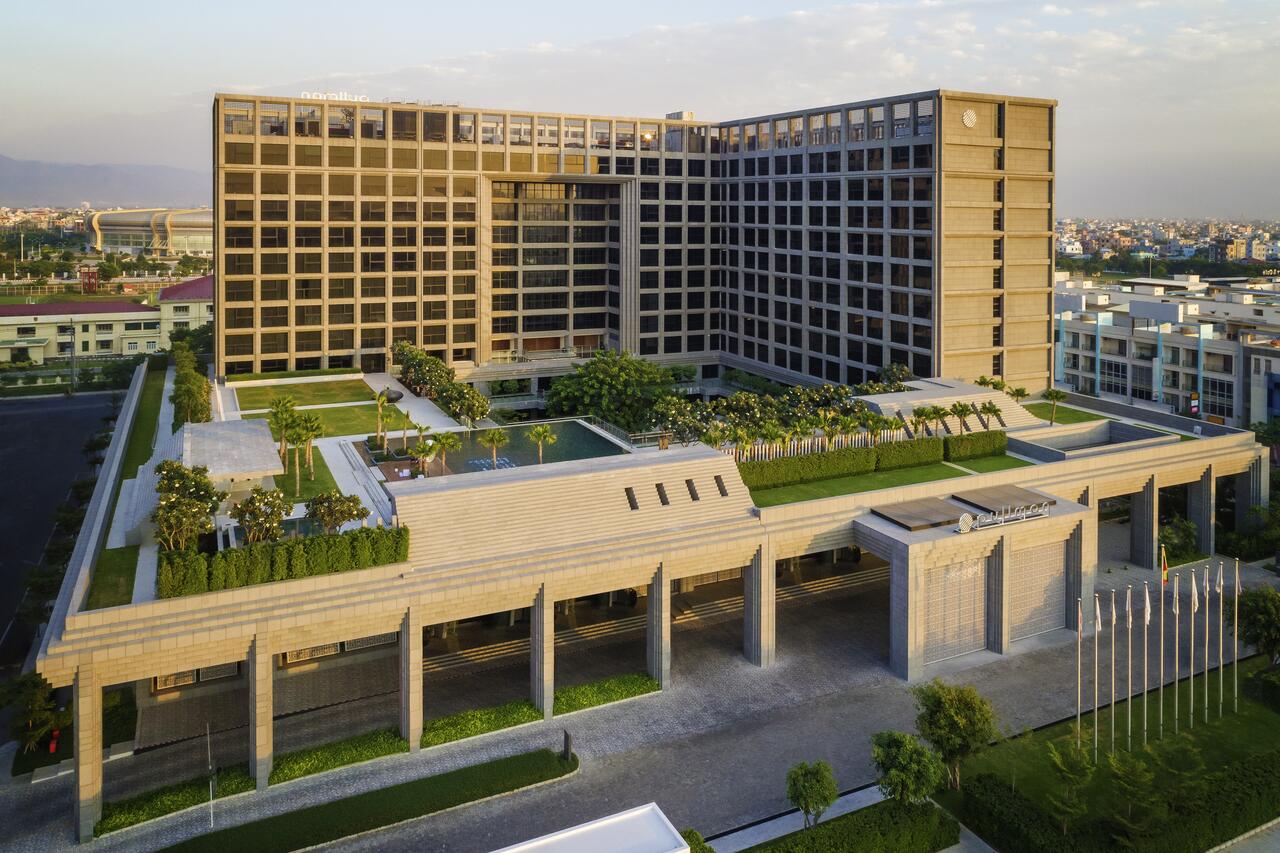 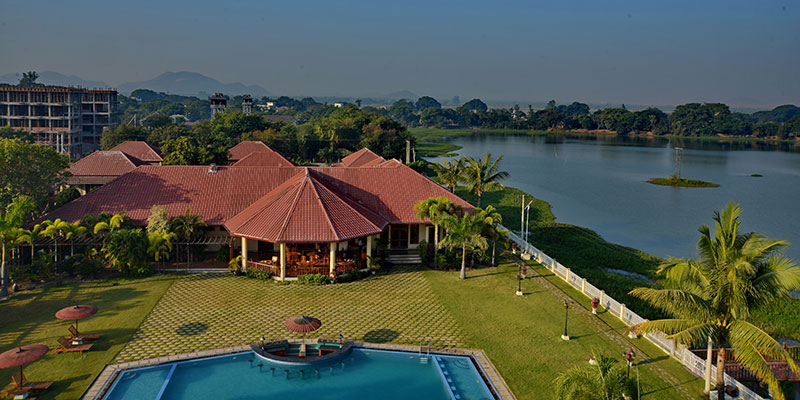 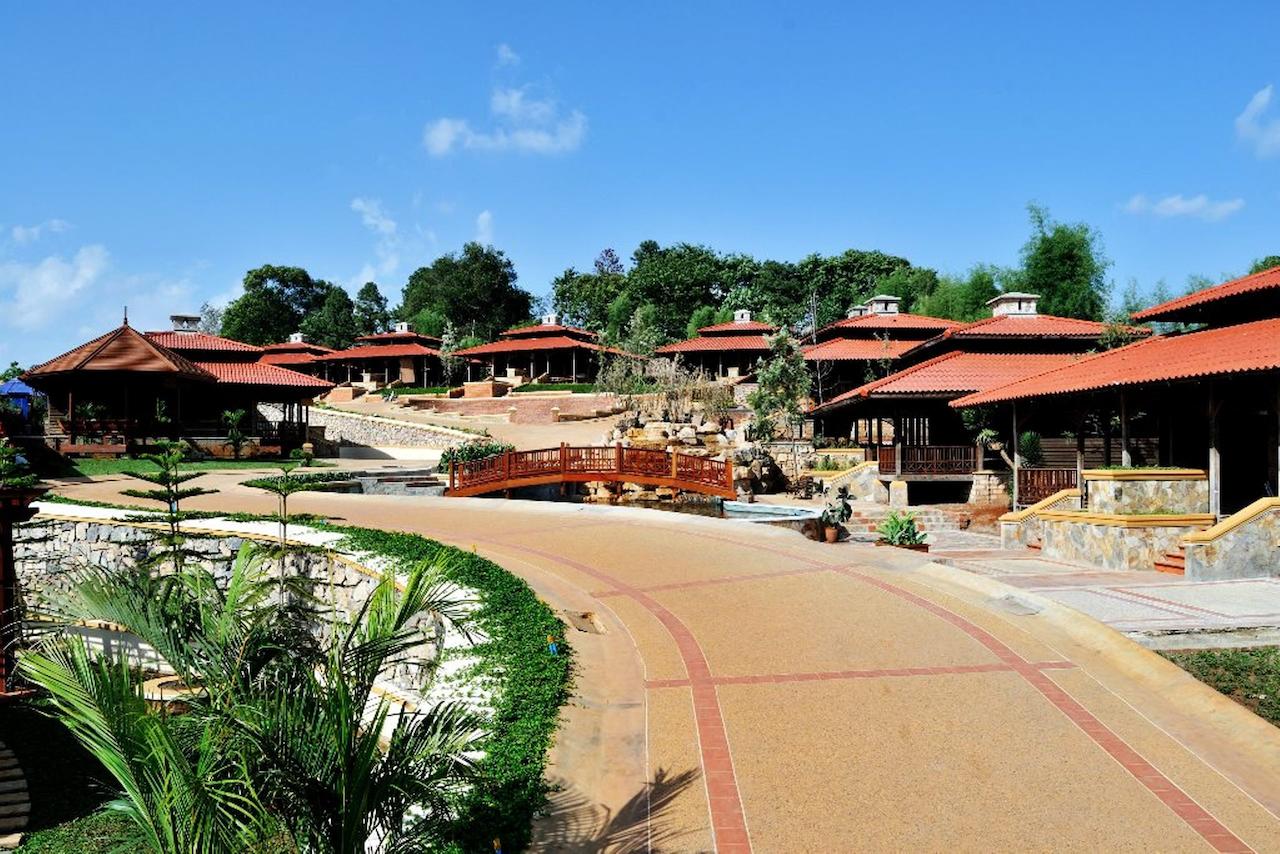 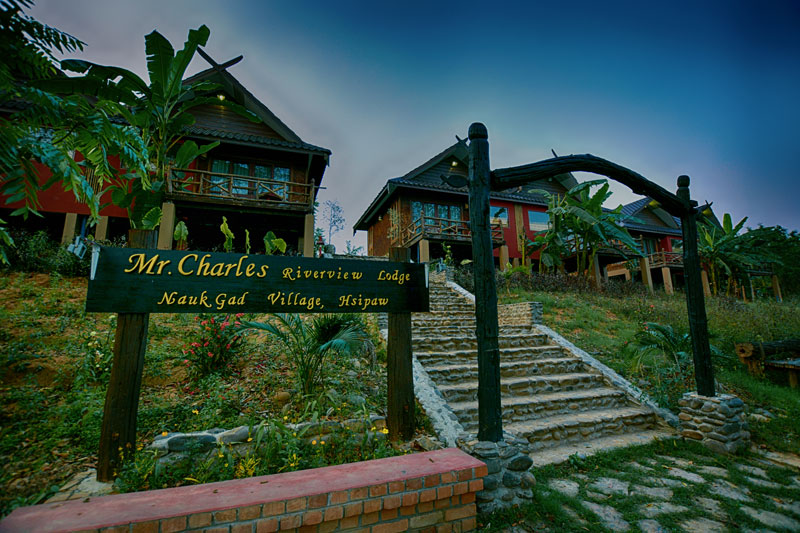 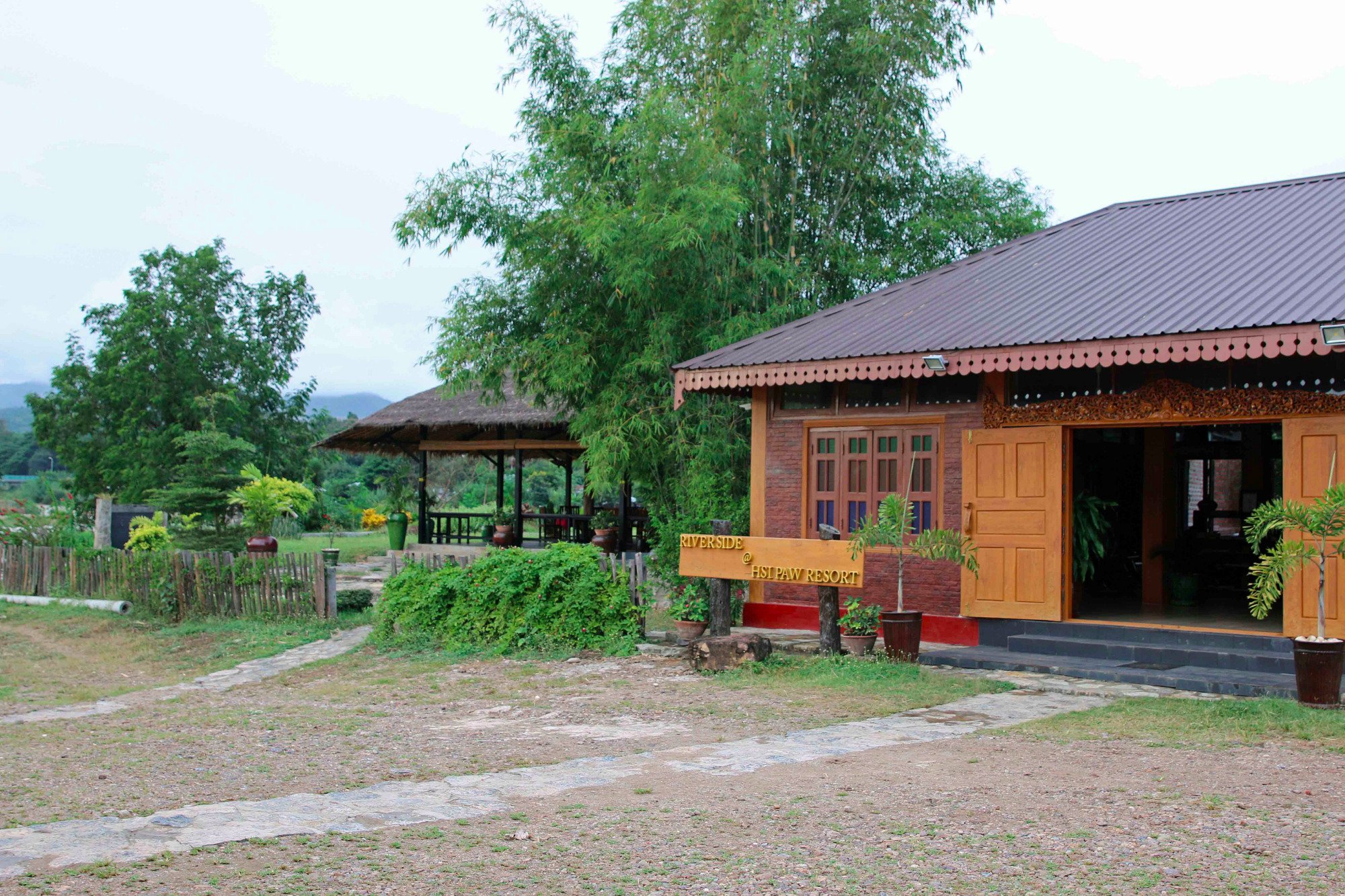