From discovering the culture , heritage and packed bazaars of Delhi to the Mughal capital of Fatehpur Sikri to Jaipur’s Palaces and Forts, explore the old Jaipur Town to discovering Rajasthani Cuisine. Experience the Palki religious ceremony at glimmering Golden Temple and witness the fascinating Wagah Border flag retreat in Amritsar before moving towards the last destination the stunning Queen of Himalayas Shimla – A abode in the Himalayas surrounded by scenic pine covered hills and snow capped peaks. Walk along the charming pedestrian friendly Mall Road ridge with multiple shops, cafes and restaurants. Journey of Shimla – Kalka toy train ride is one of the fascinating train trip in India – an experience to have at least once in the life time. The toy train passes through the mountains & valleys, beautiful oaks & pine trees, tunnels & bridges and few small streams & waterfalls.

Today you are met at the Indira Gandhi International Airport Terminal 3 by our guest relation executive with your name placard who would assist you to the Car and then transfer you to your pre booked Hotel.

The capital of India, Delhi has been continuously inhabited since the 6th century BCE and has served as a capital of various kingdoms and empires throughout its history.Delhi is a city with a historic old Delhi and the modern New Delhi. From historical monuments to crowded shopping malls, from an extensive network of the modern metro system to Tuk Tuk Rides, Dilli has multiple personalities and is considered to be the city with a heart.

Afternoon visit to the Agrasen Ki Baoli Stepwells
Agrasen kiBaoli, is an ancient water reservoir which rises from the depths of the earth to stand atop 103 stone steps. Hidden amidst the business towers and residential apartments of central Delhi, this place is a quiet and serene experience perfect for photography lovers. The old brick walls of the structure take you back in history, and as you go down the steps, a drop in temperature can be experienced.The structure of Agrasen Ki Baoli occupies a width of 15 metres and is 60 metres long which is quite impressive considering the fact that it is believed to have been built somewhere around the time of Mahabharata.

Overnight stay at the Hotel in Delhi.

Proceed on a Private Guided full day city tour of New and Old Delhi visiting Qutab Minar - which is the tallest brick minaret in the world, Humayun's Tomb - This tomb, built in 1570, is of particular cultural significance as it was the first garden-tomb on the Indian subcontinent, India Gate – a war memorial which was built to salute the brave Indian soldiers of the British Army who lost their lives in World War 1, Rastrapati Bhawan or the President’s House and the Parliament Street where you can see various government buildings, Raj Ghat the cremation place of the Father of the Nation Mahatma Gandhi, the Red Fort, a perfect example of Mughal architecture built by Emperor Shah Jahan between 1639 and 1648, Jama Masjid one of the largest mosques in India. It was built by the Mughal Emperor Shah Jahan between 1650 and 1656 at a cost of one million rupees, and was inaugurated by Imam Syed Abdul Ghafoor Shah Bukhari from Bukhara, present-day Uzbekistan and cycle rickshaw ride into the narrow streets of Chandni Chowk, one of the oldest market of Asia full of spices, dried fruit, silver jewellery and vivid saris, while the narrow side streets are crowded with tiny shops selling essential oils, stationery and traditional Indian sweets.

Overnight Stay at the Hotel in Delhi.

Upon arrival in Agra check in at your pre booked Hotel.

Afternoon proceed on a Private Guided city tour of visiting Agra Fort - built near the gardens of the Taj Mahal stands the important 16th-century Mughal monument. Agra Fort was also the headquarters for the Mughal Emperor Shah Jahan, Itmad-Ud-Daulah a beautiful tomb built of red sandstone in the memory of architect of the Taj Mahal.

Overnight stay at the Hotel in Agra.

Very early morning visit the Famous Taj Mahal at Sunrise a fine example of the Mughal Architectural Styles is one of the seven Wonders of the Modern World. Built in 1652 by Emperor Shah Jahan in memory of his wife Mumtaz Mahal. Taj Mahal was built in white marble which took 22 Years to build by 20,000 skilled artisans. The Building’s stupendous scale, flawless symmetry, translucent white marble and shimmering reflection in the water channel are truly breathtaking.

After viewing Taj Mahal we return to hotel for breakfast.

Breakfast in the Hotel and Check Out.
Later depart by Private Vehicle for Jaipur the famous walled capital city of Rajasthan. Jaipur has been fondly known as the “Pink City” since it was painted pink in 1876 as a sign of the people's hospitality towards the visiting Queen Victoria of England and the Prince of Wales.

Enroute visit to the Fatehpursikri which is a world heritage site and was built by Akbar. It boasts of several palaces, Masjid’s and large halls which denote typical Mughal architecture Upon arrival in Jaipur check in at your pre booked Hotel.

Overnight stay at the Hotel in Jaipur.

Later proceed for a Private guided city tour of Jaipur visiting Amber Fort in the Aravali Hills, which is a super example of Rajput (medieval Hindu) style Architecture. Visit the Sheesh Mahal or the Hall of Victory glittering with mirrors in the Fort. We take the Jeep or the Elephant to reach the entrance to the Amber Fort. Your Guide will then continue the tour of Jaipur with the visit to the Jal Mahal a palace in the middle of the Man Sagar Lake in Jaipur city and from here you will proceed to visit the City Palace and Observatory. The City Palace in the heart of the old city is a blend of Rajasthan and Mughal architecture, the complex has a variety of courtyards, gardens and buildings. The Palace of Winds – Also known as Hawa Mahal, a five-storied structure of pink sandstone has semi-octagonal and delicately honeycombed windows overlooking the main Street of the old city. It was originally built to enable the ladies of the Royal household to watch everyday life.

In the evening Cycle Rickshaw ride through the Old Jaipur Town. The old town has a unique charm, which captivates the hearts of visitors, to experience the spirit of Jaipur it is essential to walk through the old town and closely observe the nature of its architectural traditions.

Overnight stay at the Hotel in Jaipur.

Morning do Sunrise Yoga Session for 1 Hour.
Yoga instructor will teach breathing and meditation techniques, yoga postures and Sanskrit mantras to rejuvenate the body and mind.

Return to Hotel and Have Breakfast in the Hotel and Check Out.

Afternoon our guest relation executive will transfer you to Jaipur Airport to board Flight for Amritsar. Upon arrival in Amritsar Airport you are met by our executive and transferred to your pre booked Hotel.

Overnight stay at the Hotel in Amritsar.

Later proceed along with your English speaking guide to do city tour of Amritsar. First visit the famous Golden Temple which is sacred to the Sikh Nation, here we will find time to tune into the amazing spiritual centre and feel the power that inspires the Sikh people worldwide. Continue the city tour and visit the Jallian Walla Bagh – Martyrs’ Memorial built in the shape of eternal flame of liberty is situated on the outskirts of Golden Temple. Here about 1500 and 2000 persons who were attending a peaceful meeting during the freedom movement fell under the bullets of the British General Dyer on 13 April 1919 and the city of Amritsar and visit Maharaja Ranjit Singh Museum- The summer place of Maharaja Ranjit Singh. It is surrounded by the lovely garden Ram Bagh. Maharaja Ranjit Singh is a prominent figure, who had carved a niche for himself in the history of India. The Museum displays objects connecting to Maharaja Ranjit Singh such as arms and armour, outstanding paintings and century’s old coins and manuscripts.

Afternoon visit to Wagah Border for Flag Ceremony.
Wagah Border marks the boundaries between Indian and Pakistani borders, running along the Grand Trunk Road. People from all over the country visit this place to witness the Beating Retreat Ceremony that is held every day before sunset.This ceremony includes the closing of the international gates and lowering the flags of both countries. It is a spectacle to be witnessed and is an occasion where the heart of every Indian is filled with pride and enthusiasm.

In the evening visit to the Golden Temple to see the “Palki Ceremony” also known as the putting to bed ceremony. To the sound of hymns and drums, a gold and silver gilded palanquin (a carriage carried by bearers) decorated in silk carries the Guru Granth Sahib holy book from the main shrine to the gate of the inner sanctum.

Overnight stay at the Hotel in Amritsar.

Later depart by Private Vehicle for Shimla. Upon arrival in Shimla check in at your pre booked Hotel.

Shimla is located in northern India, in the apple and cherry region of Himachal Pradesh. The British summer capital during colonial times, Shimla boasts many examples of original British architecture; from churches to offices, private residences and a theatre.

Rest of the day at leisure.

Breakfast in the Hotel.

After breakfast proceed on a Heritage Walking Tour of Shimla.
The heritage walk begins at one end of the city and participants walk to every heritage monument in Shimla. Almost all of the historical monuments in the city are well preserved, and tourists from all over the world visit the city to take a heritage walk. As one explores the Heritage Zone, they will observe the different style of architecture used to build the offices, the castles, the hotels and the cottages.

Breakfast in the Hotel.

Day Trip to Kufri.
Situated near the Himalayan range, Kufri is a picturesque hill station situated 20 km from Shimla in Himachal Pradesh.

Overnight stay at the Hotel in Delhi.

Breakfast in the Hotel and Check out.

Our guest relation executive would assist you and transfer you to the Indira Gandhi International Terminal 3 to board Flight for Onward Journey. 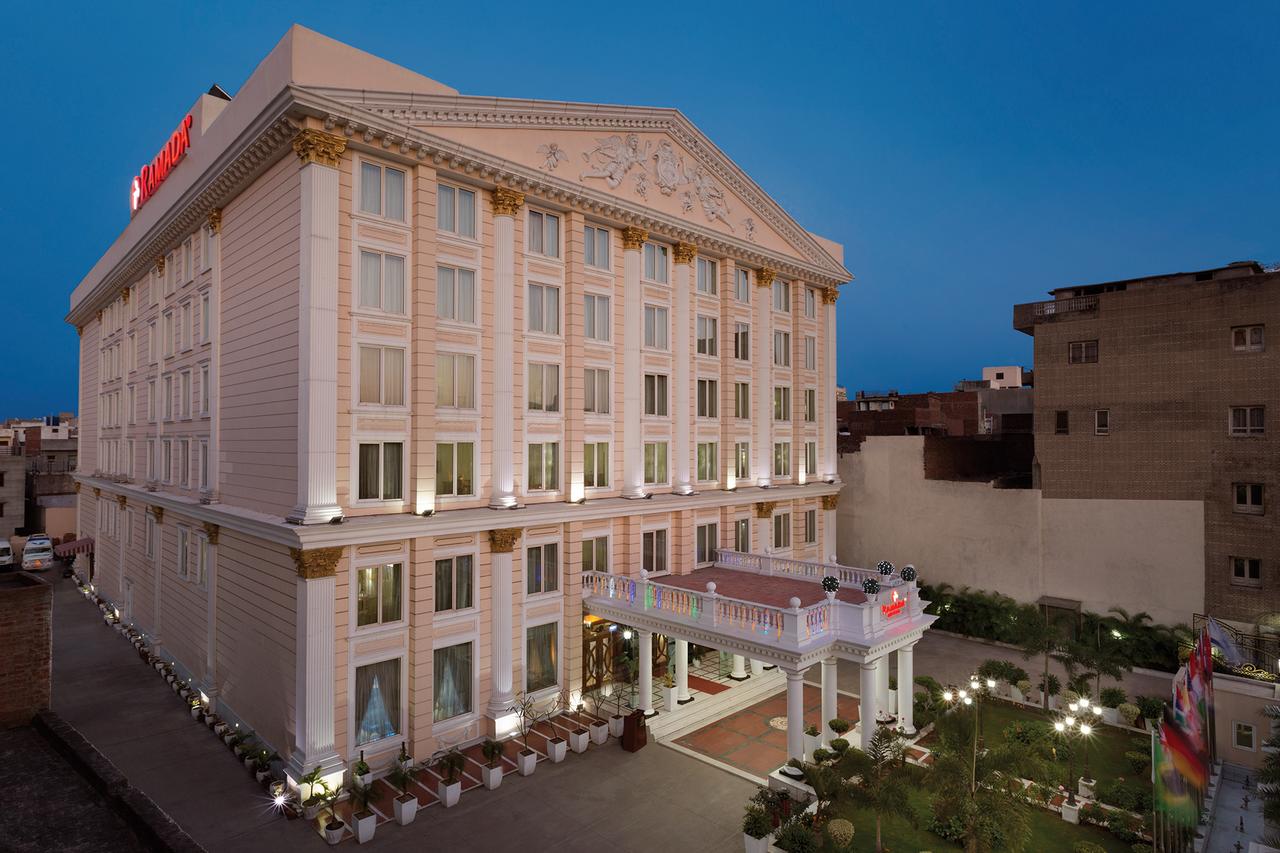 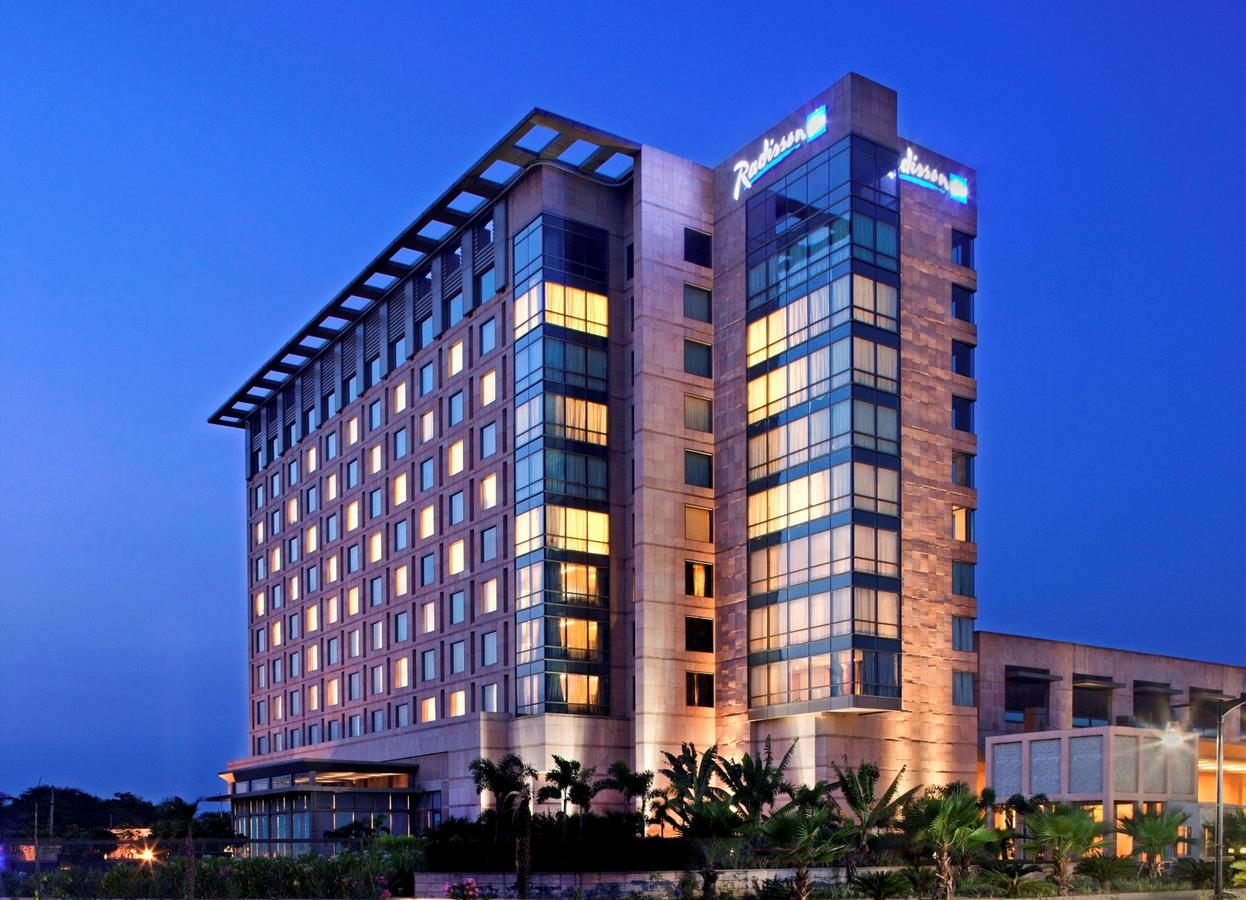 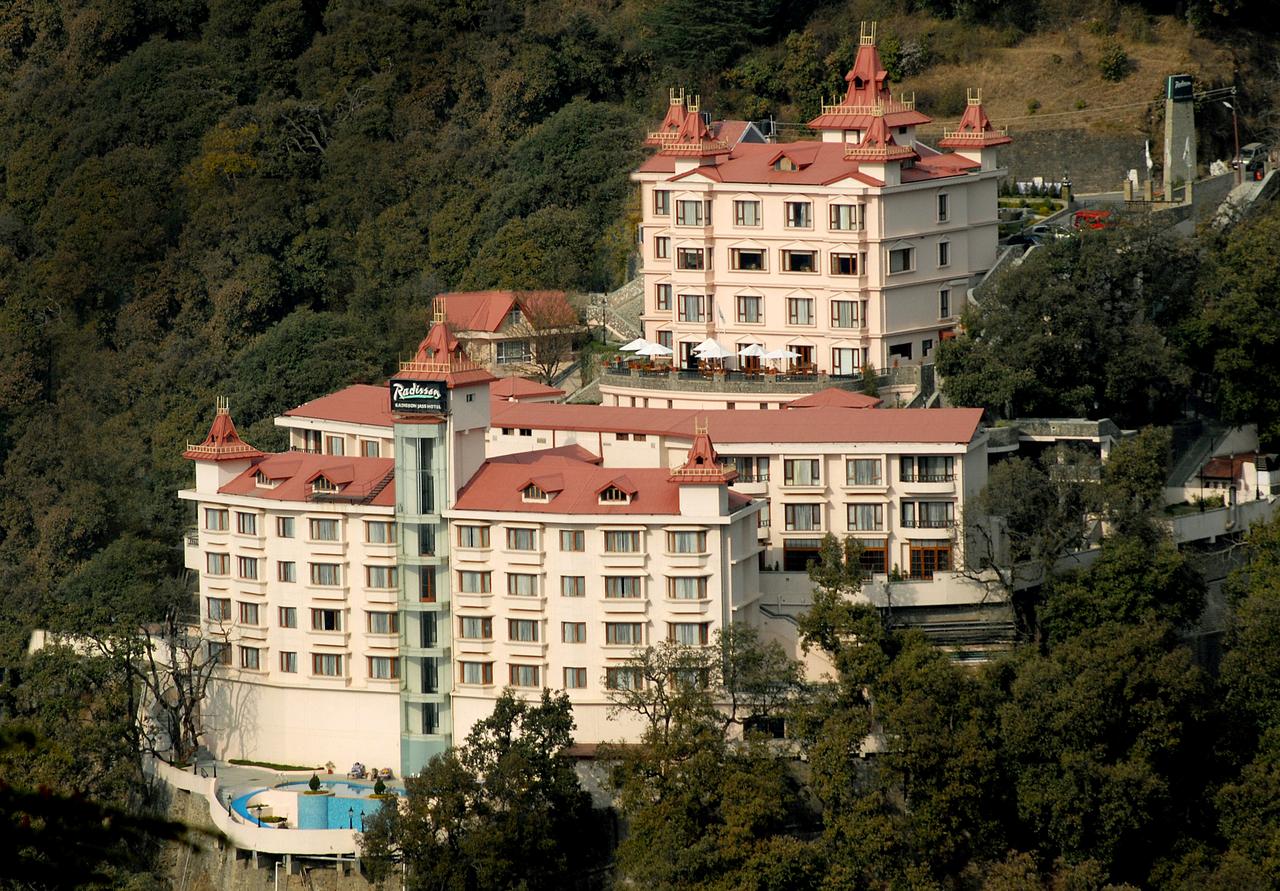 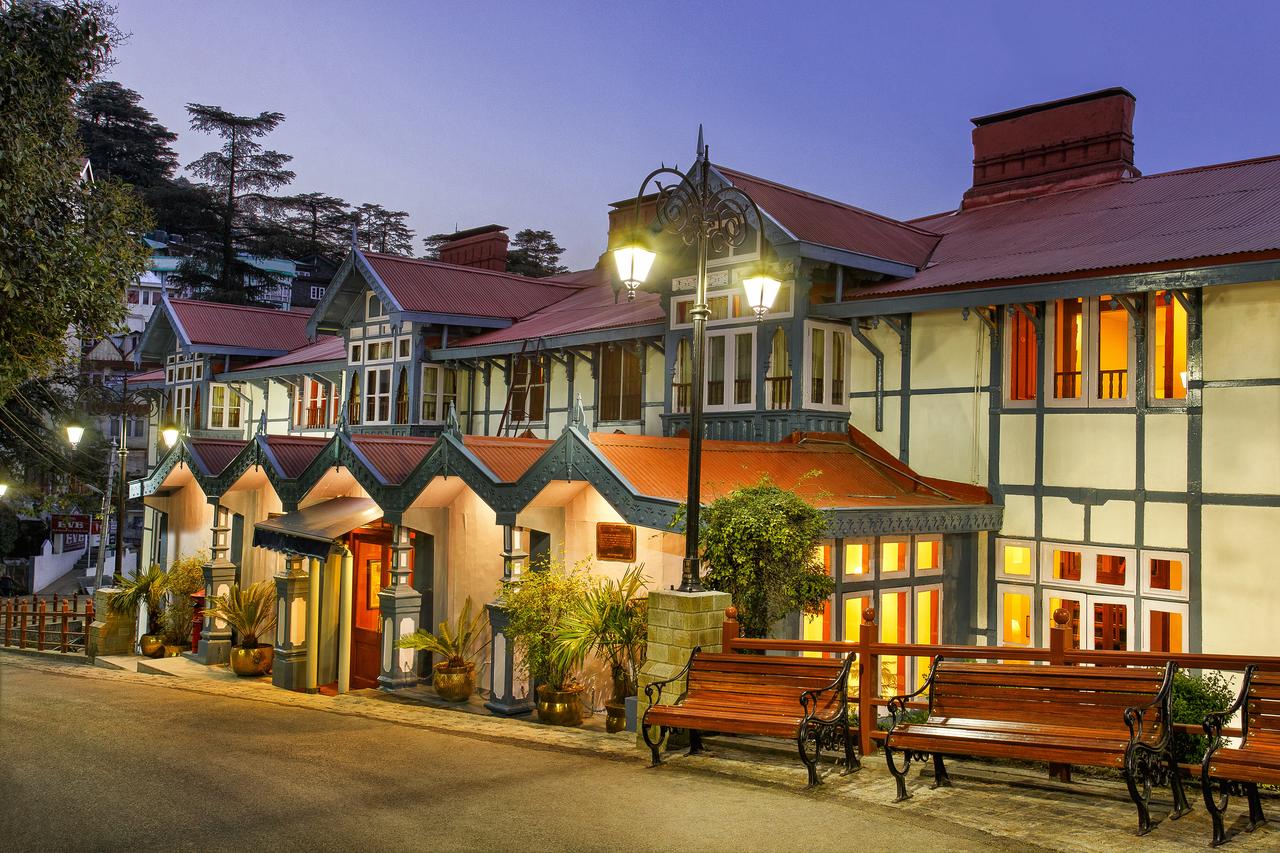