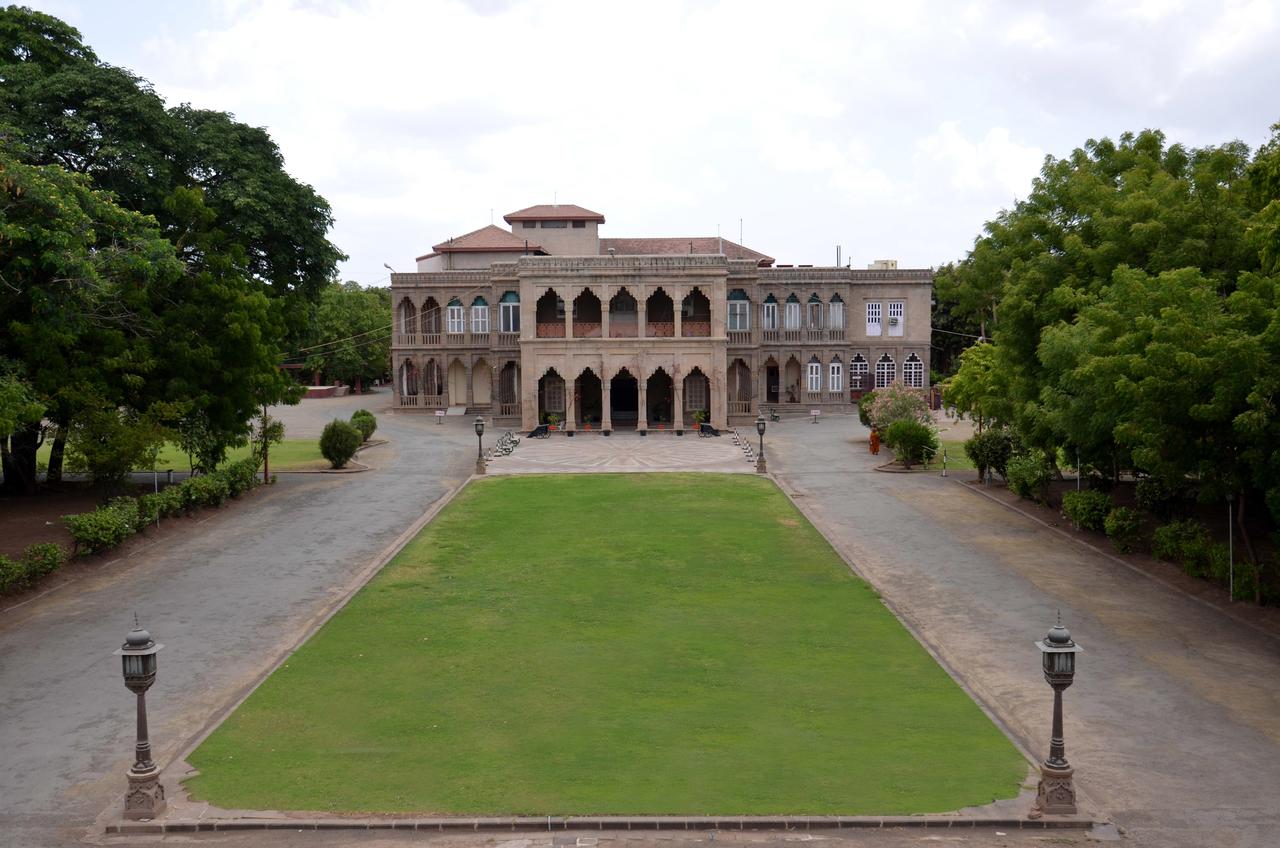 The city of Bhavnagar is located in the Saurashtra Region of Gujarat. In the heart of this bustling urban city is the beautiful Nilambag Palace Hotel. In the year 1879, Maharaja Saheb Takhatsinhji of Bhavnagar commissioned the German architect, Simms to design the Nilambag Palace that for generations has remained the home of the erstwhile royal family of Bhavnagar. An imposing Rajula stone structure, the Palace was constructed with influences of Colonial architecture. Nilambag is a unique amalgamation of regal grandeur and functional magnificence. This glorious relic of the opulent times of Maharajas and Maharanis was home to the Gohil clan. When India became independent in 1947, Maharaja Krishna Kumar Singhji became the first Indian ruler to hand over his kingdom and join sovereign India. In the year 1984 the palace was converted into a heritage hotel, in order to maintain and also share a historic monument. The Nilambag Palace is an exclusive heritage hotel that provides an unrivalled experience of imperial opulence along with the comfort of modern luxuries. Verdant, calm and serene, Nilambag Palace welcomes the weary traveller to an ideal getaway. Nilambag offers a wide range of rooms, which includes 20 palace rooms and 7 Royal cottages. All modern amenities are provided in each of the rooms. The hotel recognizes the need for modern amenities in a quintessentially traditional setting. Nilambag Palace Hotel has the Vijay Mahal Health Club, which boasts of this contemporary comfort. The health club has an exquisite swimming pool bringing to mind Roman baths. The state of the art fitness centre is well equipped and upon request, guests can exercise alongside a personal trainer. Besides, this the palace grounds have tennis courts, and a skating rink. Walks and runs in the palace compounds are a stunningly scenic affair as you’re acquainted with the majestic peacocks that call Nilambag their home.